The buzz of high country honey

Selwyn has over 20 honey producers, apiaries and beekeepers buzzing about. From Leeston through to Selwyn high country, you can find a variety of honeys, bee products and beekeeping services. Coalgate Honey Co. is one of Selwyn’s honey producers and Selwyn’s only business to win an award at New Zealand’s Apiculture 2021 competition.

Firefighter by day, fourth generation Selwyn beekeeper on his days off, Simon Aarts says he enjoys working with the small black and yellow insects he was once frightened of.

“As I grew up I actually didn’t really like bees. Dad used to have a couple of angry hives and that sort of scared us off a wee bit. As I got older I got a bit more interested in it.” 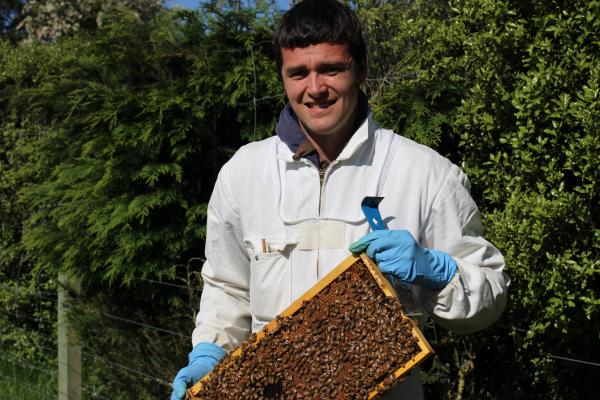 Simon’s great grandfathers started beekeeping as a hobby in Holland before World War II. His grandfather then moved to New Zealand, setting up beehives in 1957 in high country Hakataramea Valley. He began operating commercially as Aarts Honey in 1960. Simon’s father, Richard Aarts put on a bee suit at age 12 and didn't look back. In the early 2000s he bought out his father.

Simon started Coalgate Honey Co in 2019 with his wife Sarah. He shares some hives with Richard in Kurow and has 100 hives dotted around Coalgate, Hororata and Whitecliffs towards Washpen Falls. 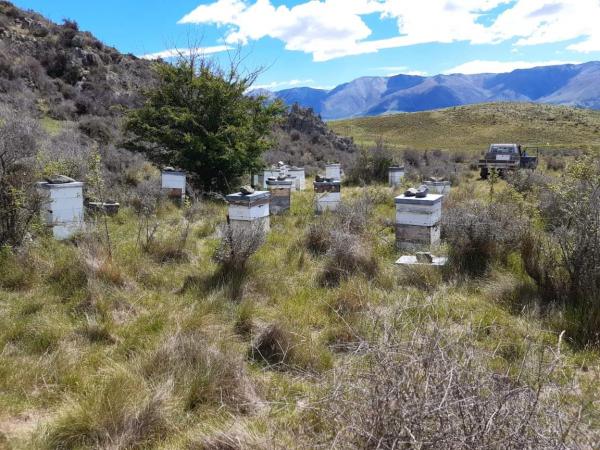 He says Selwyn is a good area because of the growth of the district and the potential to expand the hives towards Arthur’s Pass and gather a diverse range of honey.

Simon reveals that the family use a machine designed by his grandfather and grandfather’s brother and a unique process to make their high country creamed honey.

“It’s sort of been a closely guarded family secret, because there’s probably no one else that does it quite the way we do it. I won’t say too much more!” he laughs.

Whatever the secret is, it works, as the honey won silver in its category at New Zealand’s Apiculture 2021 competition. Simon says it was a nice surprise.

“We were going up against those huge outlets that have thousands of hives, so for a small operation, it was pretty cool.”

“Dad comes and helps me out and it’s been quite good. He passes on his knowledge he has learnt over the years.”

Recently Simon started a programme at Glentunnel School, gifting them a hive and teaching the children about bees.

“I enjoyed showing the kids, they’ve all been really interested.”

Simon’s children, aged two and four are beekeepers in the making. He says they come out every now and again to help with the bees.

“I’d say there will probably be a couple of bee suits bought for Christmas, so they’ll start getting a bit more interested.”

With the new honey season approaching, producing around 1000kg of honey, Simon says people are interested in their new initiative: jar refills.

“I think next year, once we get a bit of momentum it will be a hit!”

Coalgate Honey Co sell a range of honey and bees wax products, including their award-winning high country cream honey, beeswax wraps, balms and candles on their online store, at the Lincoln and Gatewood markets most weekends, and from their gate stall at 63 Bridge Street, Coalgate. 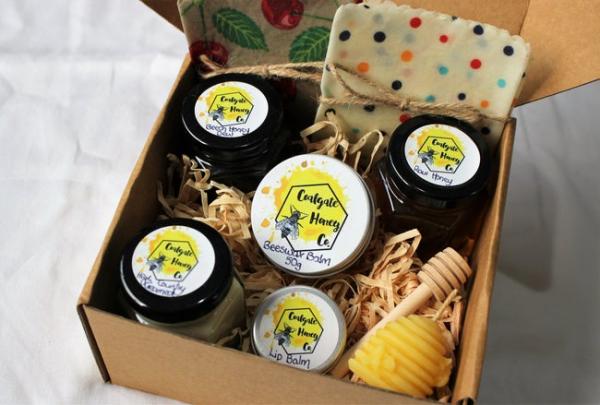 They deliver around Selwyn and have stock at the Darfield Butcher, the Highway Café, The Artist Inn and Darfield’s Garden Centre.

If you’re looking for something sweet to give someone for Christmas, try one of their gift packs!