Before sunrise, an orange light flashes at 2136 Bealey Road.

Bealey Road is the main artery that leads to Hororata. But by following this orange light early on a Sunday morning I got to experience Selwyn, not by car or foot - but by sky, courtesy of Ballooning Canterbury.

From Bealey Road a bus took us to the Hororata Golf Course; one of Ballooning Canterbury’s take-off locations, where balloon pilots Michael and his son Nicholas started setting up two hot air balloons. Lying flat, the colourful balloons looked like they could be used in a children’s parachute game. 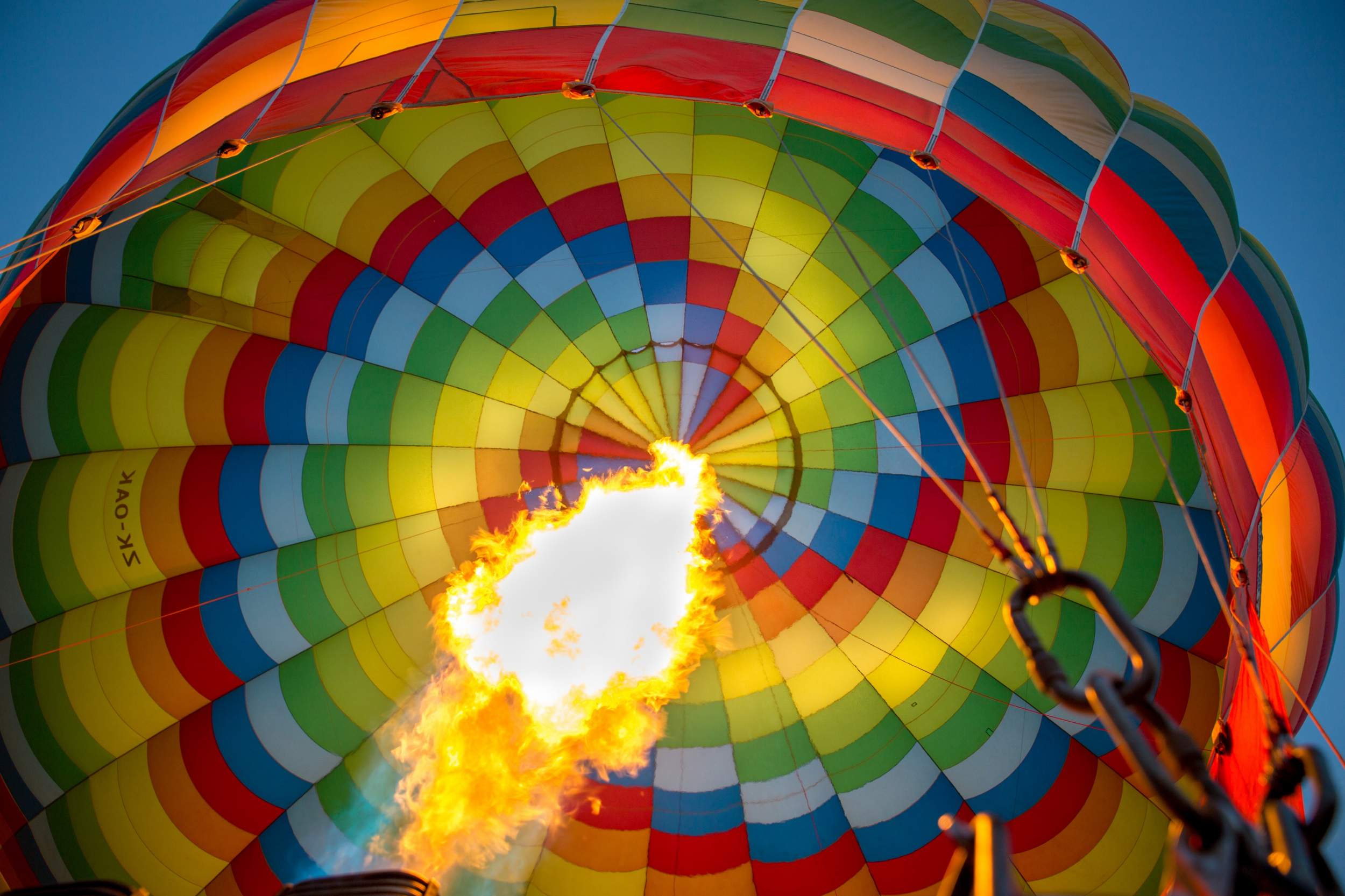 A second location, off Swamp Road in Springfield is another road to the sky; known as The Canterbury Gliding Club.

Experience in the air

About thirteen years later, Michael shifted his focus away from his main occupation of seed potato farming to share his love for ballooning, starting his own family-run commercial hot air balloon business. 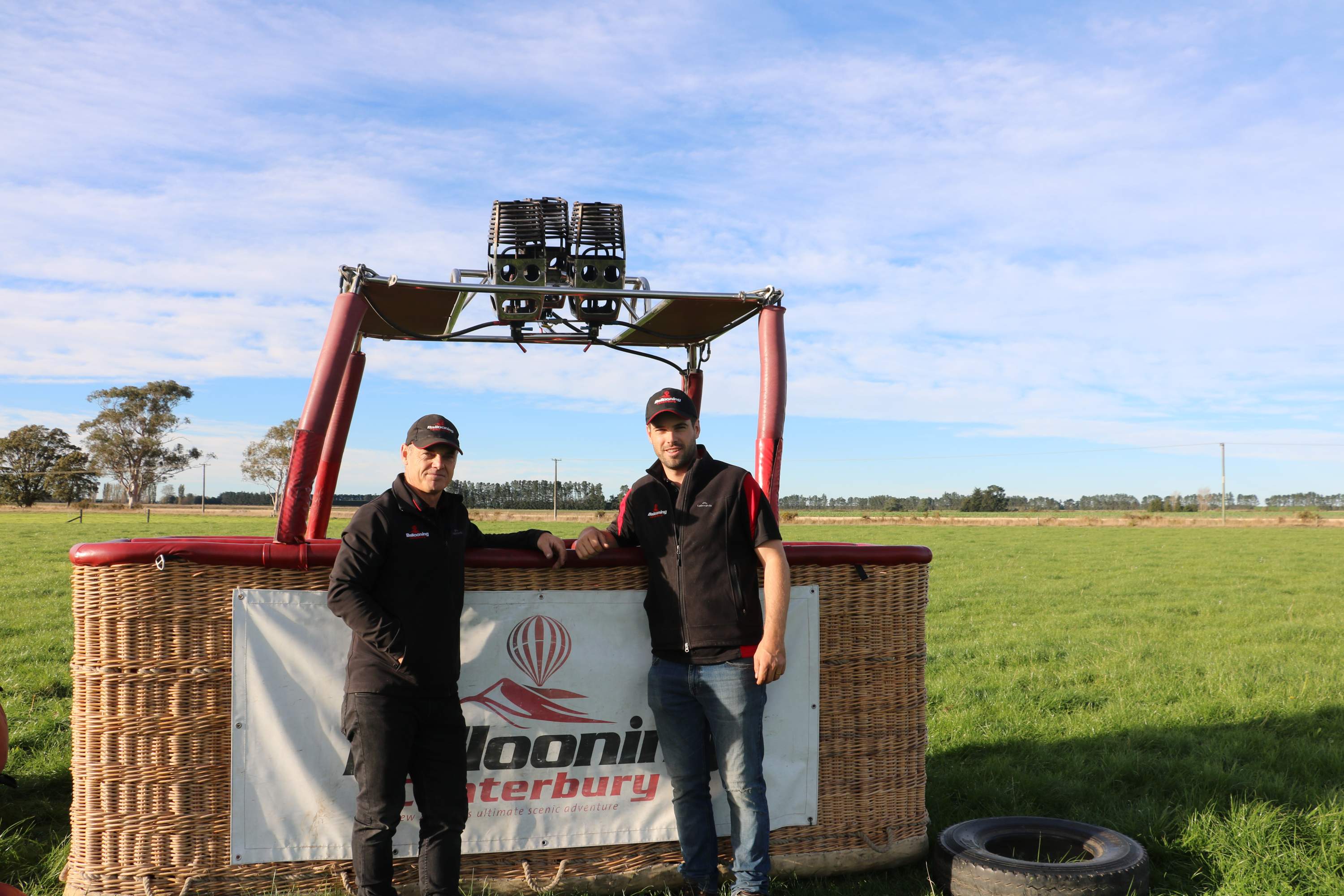 A passion for hot air ballooning

“I wanted to do something different, so I decided to follow my heart and my passion and that was hot air ballooning, and I thought what better way to share what I love doing than starting a commercial hot air ballooning business!”

After a shaky start with the Canterbury 2010 and 2011 earthquakes, Ballooning Canterbury’s first commercial flight launched in 2012. Michael says as Christchurch welcomed back tourists the business eventually grew to flying people from over 76 different countries, seven days a week depending on the weather. Around 86% of customers came from overseas.

Ballooning Canterbury are still operating today, despite 2020’s Covid pandemic dropping the number of international tourists. They now fly national visitors three times a week and I was excited to join them.

As the balloon took off, we reached heights of about 5,000 feet, listening to Michael tell his story of how farming developed on the Canterbury Plains from his 35 years of experience as a fifth generation farmer. 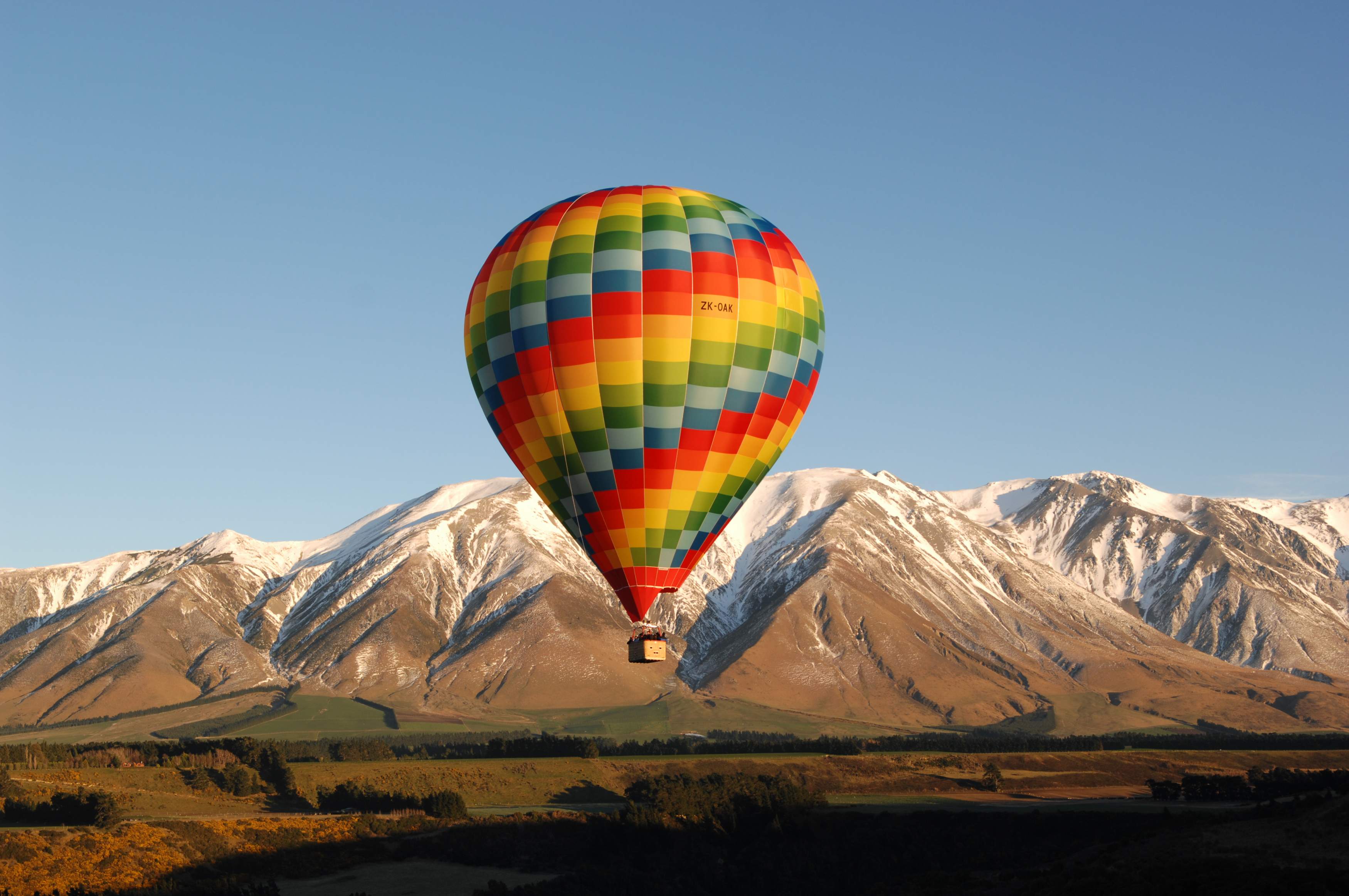 I held on tight to the basket and looked around me in awe, smiling. The rising sun casted shadows on the rolling hills, revealing the Canterbury Plains and Selwyn River/Waikirikiri below, the Waimakariri to the north, the Pacific Ocean to the east and Lake Ellesmere/Te Waihora in the south.

After about an hour in the air, the balloons landed on an approved farming property and we were treated to a celebration of champagne, orange juice, fresh fruit and muffins.

“A balloon flight with us isn’t just a flight in a balloon, it’s a whole experience. Where else in the world can you see dairy farms, sheep farms, cropping farms, deer farms all in one flight.” 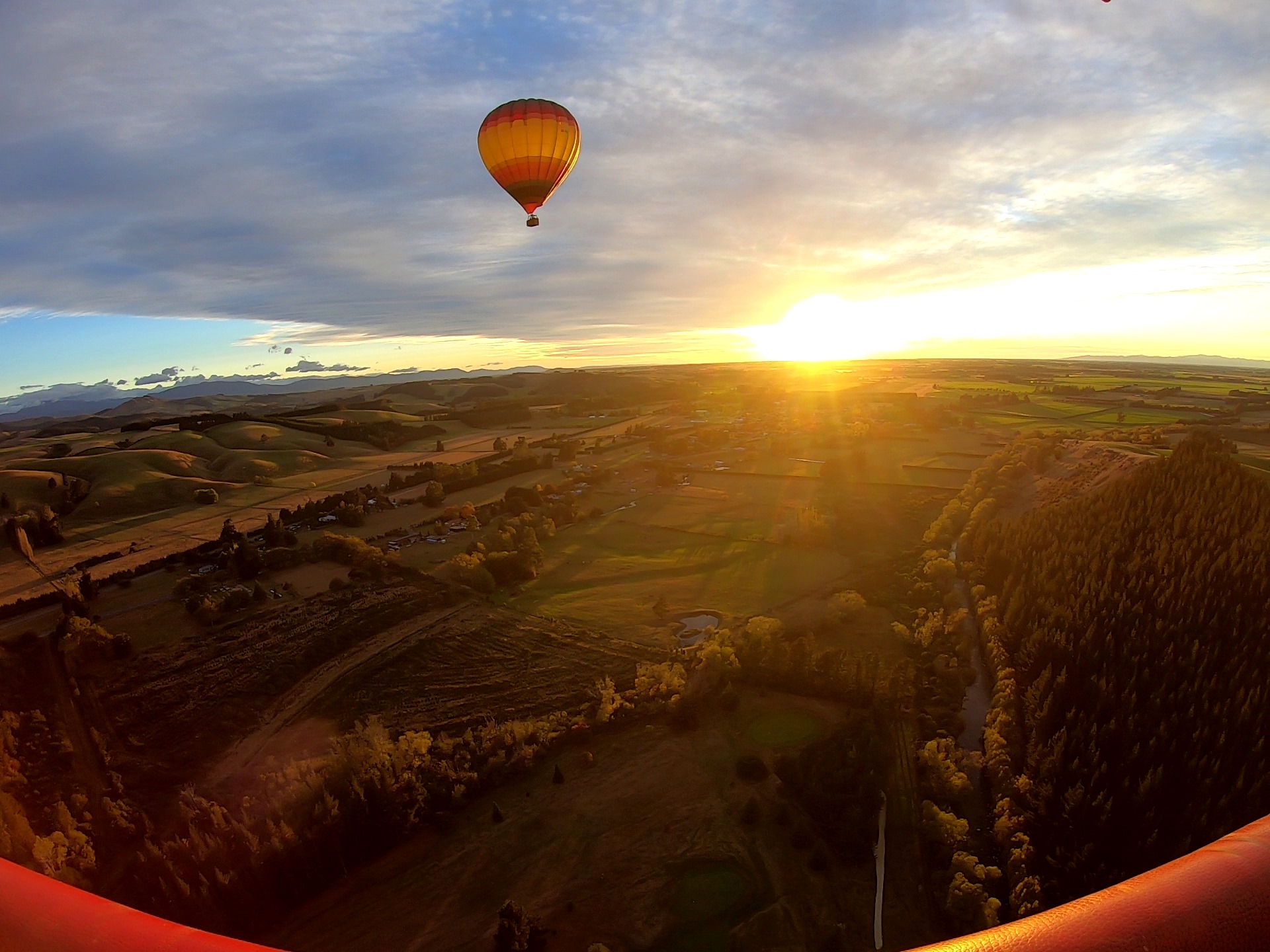 Michael says Selwyn is one of the best areas in New Zealand for flying hot air balloons and glider planes.

The Canterbury Gliding Club has more world records than any other gliding club in the world, due to the perfect weather conditions coming of the mountains that keep gliders in the air.

“We can do up to 2000km in one day in these mountains,” says Michael. “Which makes it one of the best sites in the world.”

Michael says the uniqueness of the location also means that Ballooning Canterbury flies twice as many days as other balloon companies in New Zealand.

“On days when it is raining in Christchurch, we will still be out here in the sun, flying. People find that hard to believe.”

Michael says without Selwyn farmers, Ballooning Canterbury wouldn’t be able to operate as they need to land on their properties. He thanks them by giving back to the Selwyn community. 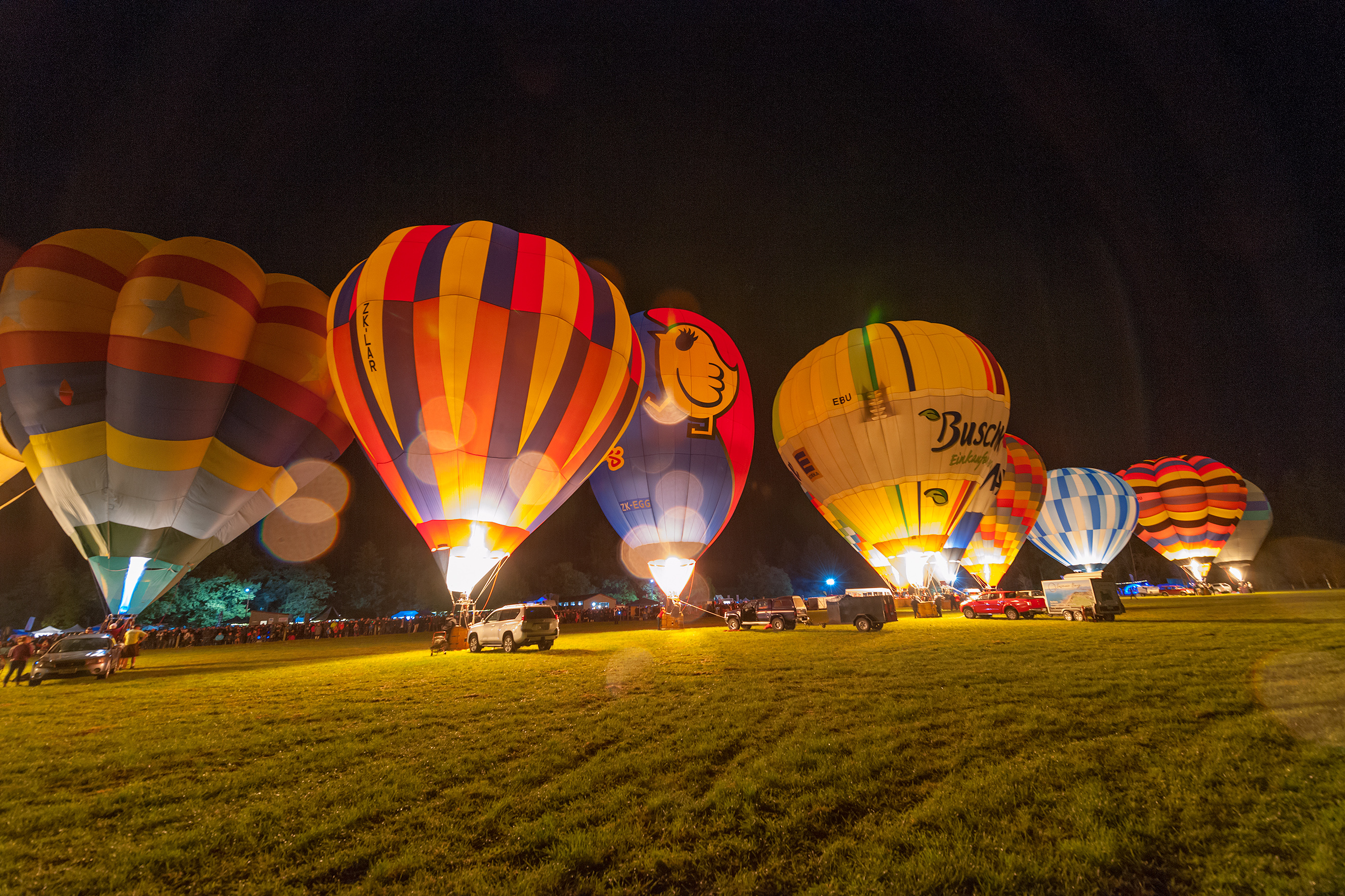 Encouraging the next generation of balloonists

Michael is passionate about teaching young people aviation and runs an annual weekend workshop for 13-15 year old Scouts called the Aoraki Aviation Camp, giving them a balloon experience, a helicopter ride and a glider flight. Over 500 have attended the camp in the last 17 years learning aviation basics at the Canterbury Gliding Club airfield.

Some of these youth are now gliding club instructors, working in air traffic control or flying for Air New Zealand.

Michael recalls as a young boy he would look up at the sky and want to fly, but he never had the chance to until he left school and earned a bit of money. Now he gives other children this opportunity he never had.

For an unforgettable experience in the sky, make a booking with Ballooning Canterbury.

Visit Ballooning Canterbury
Back to Articles