The snow-fed waters of the Southern Alps slice their way down through the fast-flowing Waimakiriri Gorge. Above the Waimakiriri, north-west of Springfield (Tawera) sits Jet Boat World; New Zealand’s first and only jet boat display co-owned by Paul Mullan and Paul Vernel.

Springfield Adventure Park looks across the river to Woodstock Beach where pioneer jet boaters developed Sir William Hamilton’s invention he conceived at Irishman Creek – the concept of jet propulsion. Inspired by the desire to boat upstream against the river’s current, Bill marvelled at how the now endangered whio duck, effortlessly paddled up rapids in rivers around Irishman Creek. 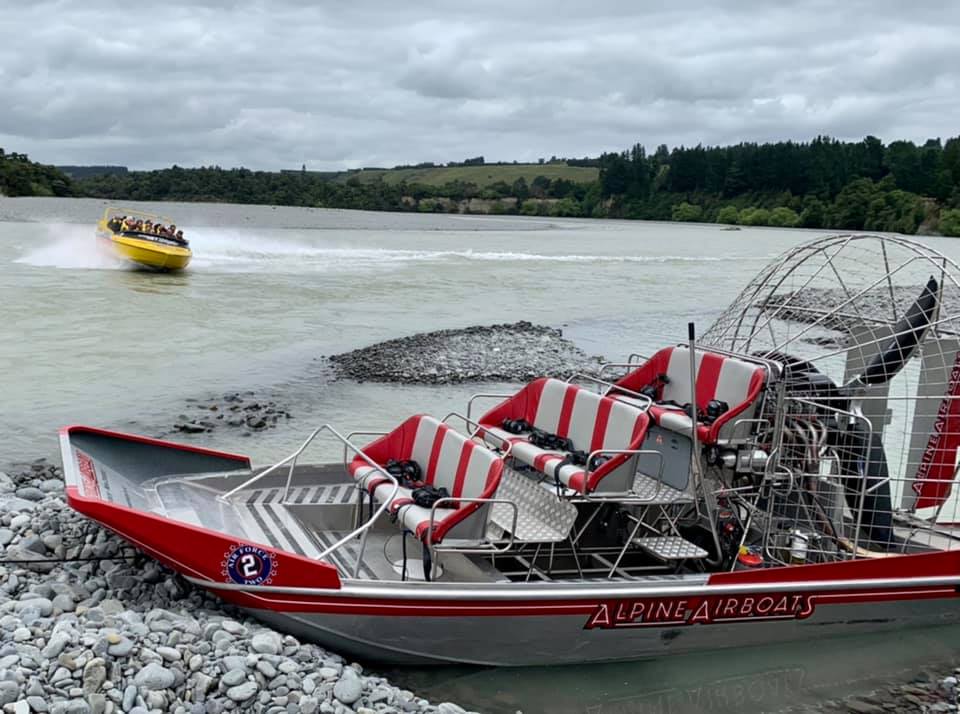 From their passion for jet boating and in honour of Bill Hamilton, Vernel and Mullan reveal Selwyn’s untold story in Jet Boat World’s exhibition and have on display the last jet boat Hamilton owned, Whio V.

Today, the pair launch their jet boats opposite Woodstock Beach under their business Alpine Jet Thrills, which also offers New Zealand’s first and only airboat experience.

Mullan explains that airboats are a little different to jet boats. A jet boat can travel in 100mm of water, whilst an airboat can run over wet stones as it uses air to move and steer.

Being one of New Zealand’s only two passenger AirBoat pilots, alongside Paul Vernel, Paul Mullan says it’s like riding in an armchair, a lot softer but with a closer connection to the jet boat than you’d imagine.

“Before the Boss [Bill Hamilton] came up with the jet boat he actually trialled an airboat but early technology didn’t allow it get past the prototype stage.” explains Mullan. “Air Force 2” was built in New Zealand, based on the successful airboats of the Florida Everglades and is proving a real winner in the shallow braids of the Waimakariri. 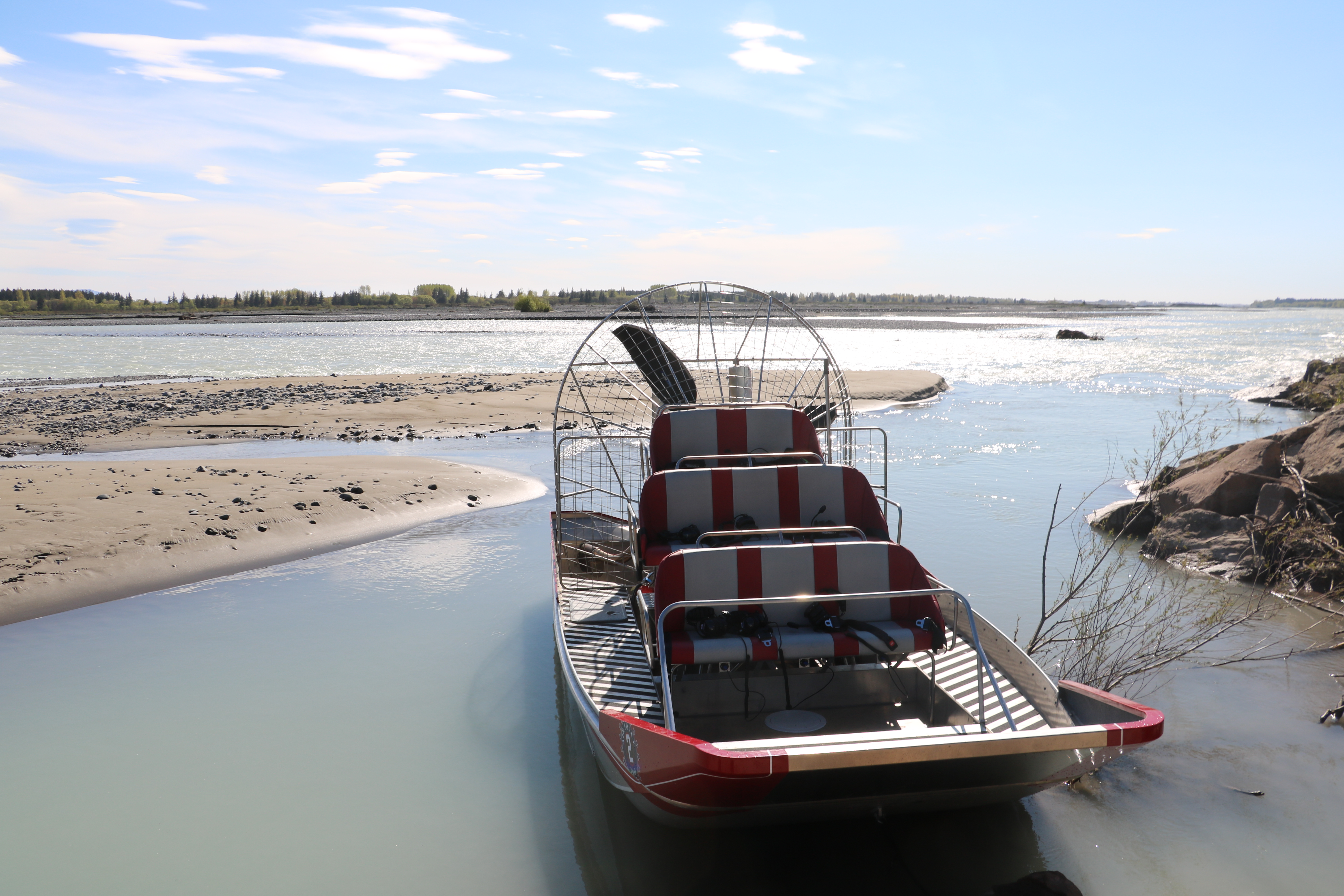 Speeding up the waimakariri

Up in the gorge the jet boat can power across the rapids at 80kph. The wind is blowing in your face, threatening to rip the beanie from your head.

The rocks and towering cliff faces skim past as Paul Vernel, 2017 CX Class World Jet Boat champion, casually steers you away with the flick of his fingers on the wheel.

A 20 minute experience provides views of the spectacular canyon, with a little river spray sprinkling in for good measure! There are options for longer one and two hour experiences too. 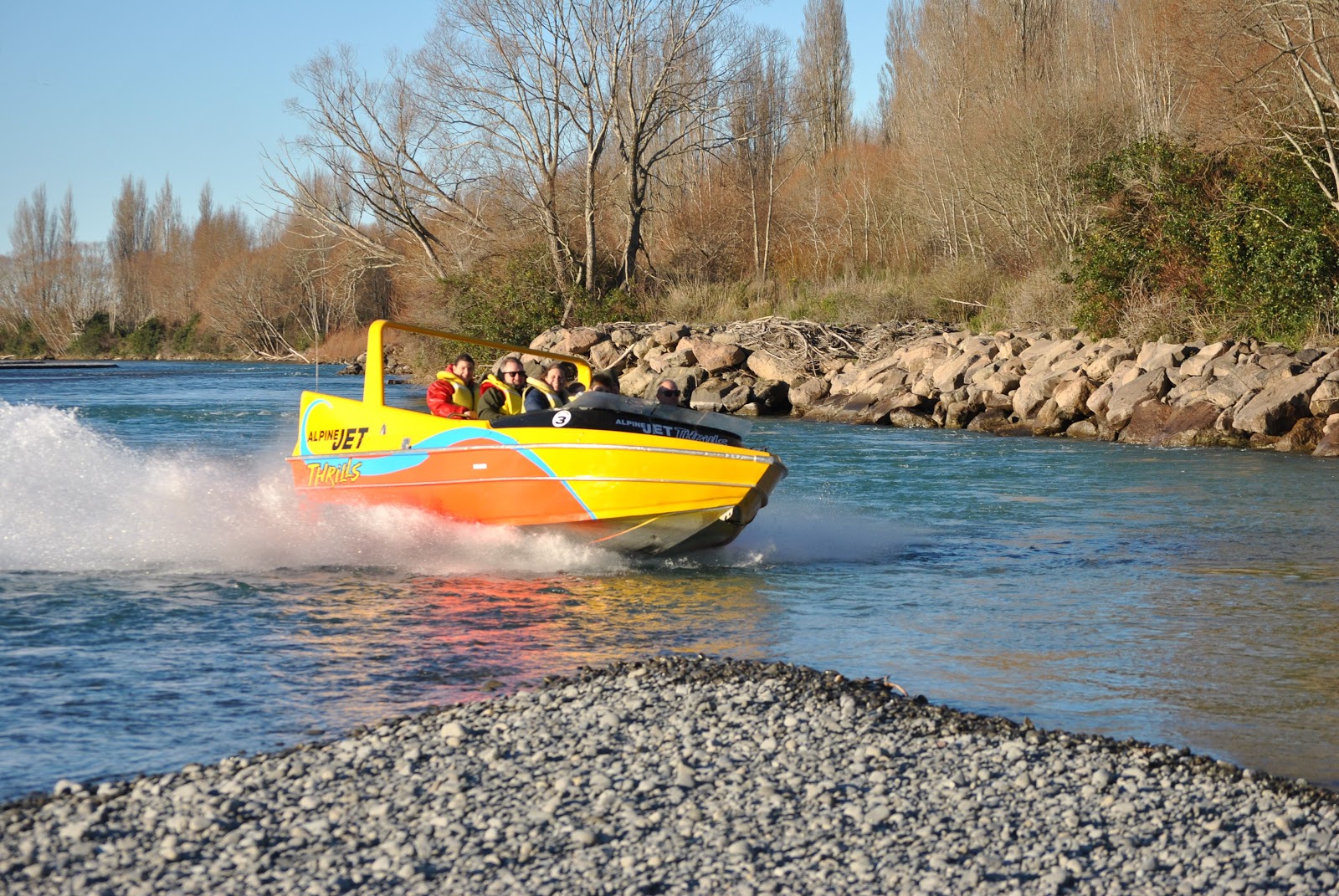 Mullan says that the most special thing about their businesses being in Selwyn is its historical connection to the jet boat.

“Woodstock Beach is where all our pioneer forefathers first launched their wooden jet boats. Selwyn is extremely lucky to have such a rich piece of history. I can show them first hand where it was and that’s what makes it really special.”

Jetboating in a post-covid world

When the Covid-19 pandemic saw New Zealand’s borders closed to international tourists, Alpine Jet Thrills decided they needed to look at how to market their tourism business towards Kiwis.

Introducing a couple of firsts, Jet Boat World and the AirBoat have certainly helped but this and a more sustainable approach to their Springfield Adventure Park business helped them achieve a Gold Qualmark, the highest ranking for a tourism business based on customer service, safety and environmentally friendly qualities.

“One of the things we are proud about is we’ve pushed hard to get Gold Qualmark this year – and that’s pretty exciting because we’re the only jet boat operation in Canterbury to achieve gold. For us that was pretty important.”

To share the story of jet boating and Bill Hamilton’s engineering ingenuity with the next generation, they have begun taking school visits.

“It’s not just about ‘come here for a jet boat ride, it’s come here and learn something about New Zealand history’. We let a handful of kids from Glentunnel School climb into one of the display boats and they just loved it. A week later I was talking to one of the kids’ mothers and she was saying they wouldn’t stop talking about Jet Boat World!” 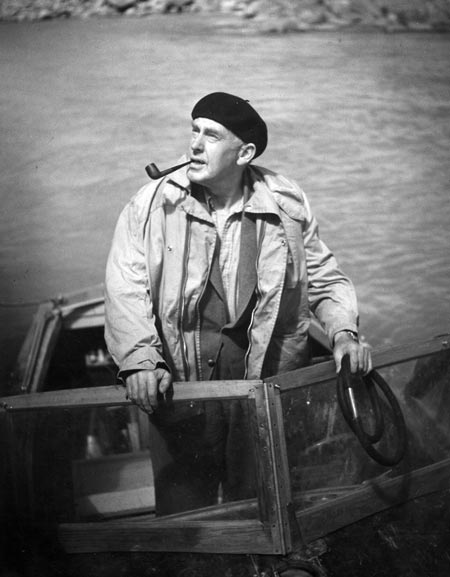 In addition to Jet Boat World, plans are well under way for something a little more novel - the introduction of a 3D simulator ride for a completely different experience.

The company runs entirely off renewable energy from solar power and has recently taken the Tiaki Promise; a national initiative to ‘Care for People and Place”.

They are also in the process of partnering with Orana Wildlife Park to support its breed for release programme of the endangered whio.

“We are excited at the prospect of working with them. The whio were really important to Bill Hamilton. We want to work hard to help preserve that and bring awareness to the little native duck, cementing the tangible connection between Bill and his inventive mind, and the place it all began.” 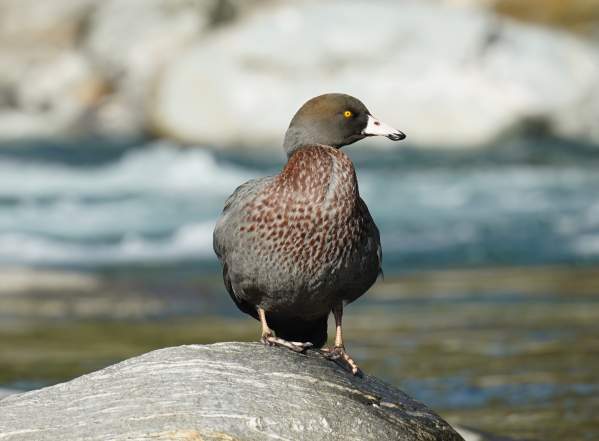 For an unforgettable experience, speeding along the Waimakariri River, book your Jetboat or Airboat experience today.

Give Golf a Go

Take a swing at Ellesmere Golf Club on Saturday 18 December 2022. Bring the whole family for a great day out!