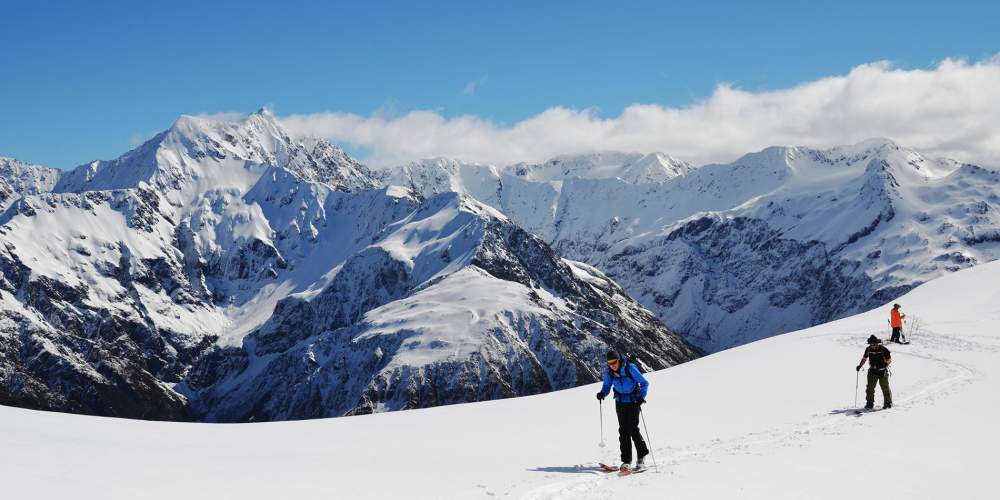 Temple Basin is operated by the Temple Basin Ski Club, or in other words one of the ‘clubbies’.  It is near the township of Arthur's Pass and of the six Selwyn ski fields is the furthest west of Christchurch, a short scenic drive or train journey from both Christchurch on the east coast and Greymouth on the west.

One of the features that sets Temple Basin apart from other ski areas is that you park your car next to the main highway, pack your gear in to a goods lift, and hike up to the lodges and ski area base at 1200 metres. It is known as a paradise for skiers and snowboarders – the three rope tows provide access to amazing terrain, a lot of it reached by a short hike. Temple Basin is a popular destination for ski tourers and hosts an annual splitboarding festival called Splitfest. 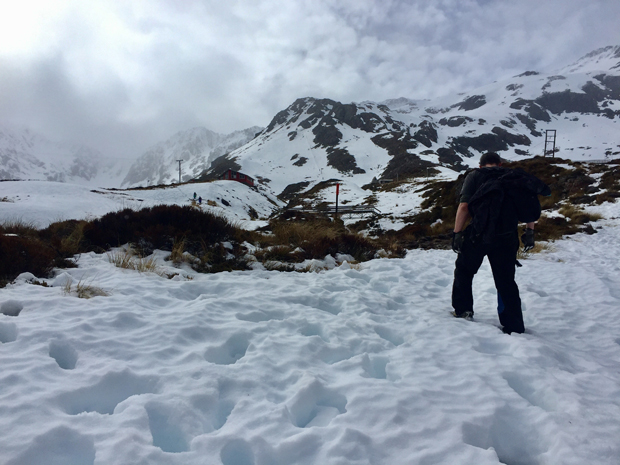 Temple Basin Ski Club was founded in 1929 and the goods lift opened in 1962. The usefulness of the goods lift is not to be underestimated. Most people who do the hike are no doubt grateful to have their gear off their backs! I certainly gave a thought to all the keen skiers who carried their gear up the track before the lift was put in as I walked up with only my ski poles to carry to assist in the walk.

Temple has long captured my imagination, not least due to a photo discovered of my grandma on the mountain circa 1947 when she attended teachers college in Christchurch. It inspires me to imagine ma hiking up to Temple to get her skiing fix with her super long wooden skinny skis.

These days the Canterbury University Snow Sports Club is going strong with their own lodge on the mountain and stories of legendary parties and days on the snow.

Hearing that Mel Parsons was booked to play a concert on the mountain during the winter season it was decided  that a weekend booking was in order. That scenario of wanting to go somewhere during the season but never making it can offer play out when there are some many awesome mountains on offer!

We headed up as a group of three, only one of us had been to Temple Basin before and had not been able to find the goods lift (just a short drive away from the carpark) – we were happy to find it this time, easily spotted from the road! In the weeks leading up to the booked weekend videos started popping up of night skiing next to the lodge and the message came that the access track was more suitable for skinning up rather than hiking, perfect.  When it came time for us to head up there had been rain in the days beforehand and a lot of the snow had washed away so it was a walk rather than skin up, but we enjoyed the workout and amazing views anyway.

The walk up is not for the faint hearted but gives an awesome sense of getting away from it all. There is something special about leaving the car and finding the snow line under your own steam. The views definitely help take your mind off the effort.

This season there was a timed competition of racing up the track the fastest, with the results displayed on a blackboard. These numbers put our time to shame but we were happy just to have arrived, with a warm welcome and the promise of lunch already underway in the lodge kitchen.

Chatting to club manager Ryan, he mentioned that the walk up is a great way to bring people together on the mountain as everyone gets up the same way so immediately has something to bond over. This may have added to it but I think the convivial atmosphere was definitely created by a few key elements – the excitement of staying right next to the slopes, mountain views from anywhere you looked and a bar well stocked with craft beer. There is also a lot to be said for a lack of phone reception.

Rope tows also provide a bonding experience and are an adventure on their own. We enjoyed the soft spring snow and stuck to the ungroomed terrain easily accessed from the tows, leaving the hiking and gnarlier runs for another day. 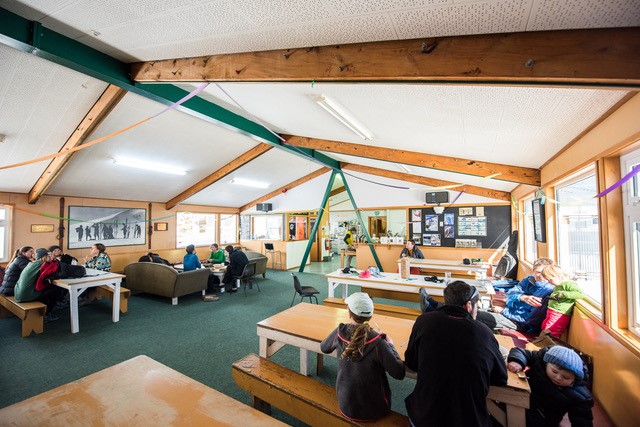 What a treat it was to head back indoors to enjoy a delicious dinner including prime organic beef donated by a family of club members from a farm in the Catlins.  Mel’s performance was spectacular - beautiful music with a few laughs thrown in. All in all, it was a night I don’t think I’ll forget anytime soon.

Well slept and cosy in my bunk, I woke up to a window view of a blizzard. A relaxing morning was spent watching snow blow by, taking in a yoga class, having a hearty breakfast and chatting to a few of the Canterbury University students.

Meanwhile the tows were spinning but after seeing a few of the harder core crew come in soaked after a few runs we decided to skip the skiing and head back down to the car.

It felt like we spent a lot longer away from the city than two days, Temple Basin is an awesome place to escape to that’s for sure.