Imagine waking up on a warm spring morning to the smell of flowers and a meadow full of vibrant tulips and radiant yellow daffodils in your backyard. This has been the Chamberlain family’s way of life in Selwyn for six generations, nearly 150 years.

“We’ve been here since 1878,” explains Courtney Chamberlain, a University of Canterbury Law and Commerce graduate and middle daughter of the family of five, who works full time at Hadstock Farm. 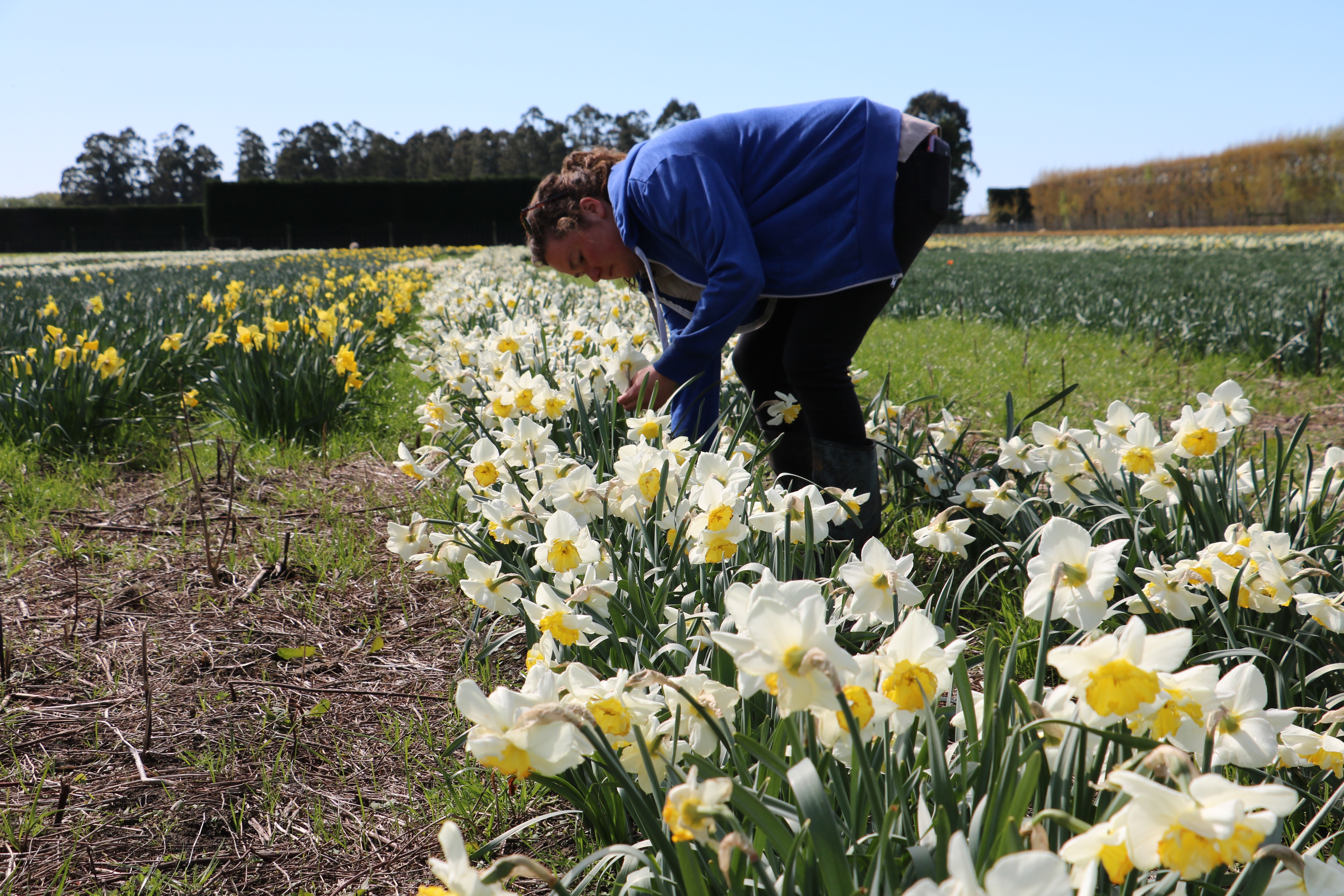 “My great grandfather started growing and selling tulips during The Depression. They began to sell really well during the Second World War to the American servicemen who were here at the time.”

Following the success of the tulips, Courtney’s grandfather imported daffodils from Holland and over the next century the Chamberlain family worked hard to grow their business and their flower range. Hadstock Farm is now one of New Zealand’s largest flower growers, cultivating over 50-60 acres of flowers including favourites such as peony roses, dahlias, lilies, bluebells, gladioli and irises. They grow several good quality varieties, which ensures flowering for most of the year.

“What’s really cool is, you look at the varieties that my grandad loved and he might have only had a hundred bulbs. My dad has worked really hard to develop them and now we are seeing them in the market and people are enjoying them.”

Courtney’s sisters Hannah and Jessica and parents John and Cynthia are all involved with running the farm business. We also own Miss Feaver Florist flower shop in Christchurch, which has been running since 1986 and at its current location since 1996. 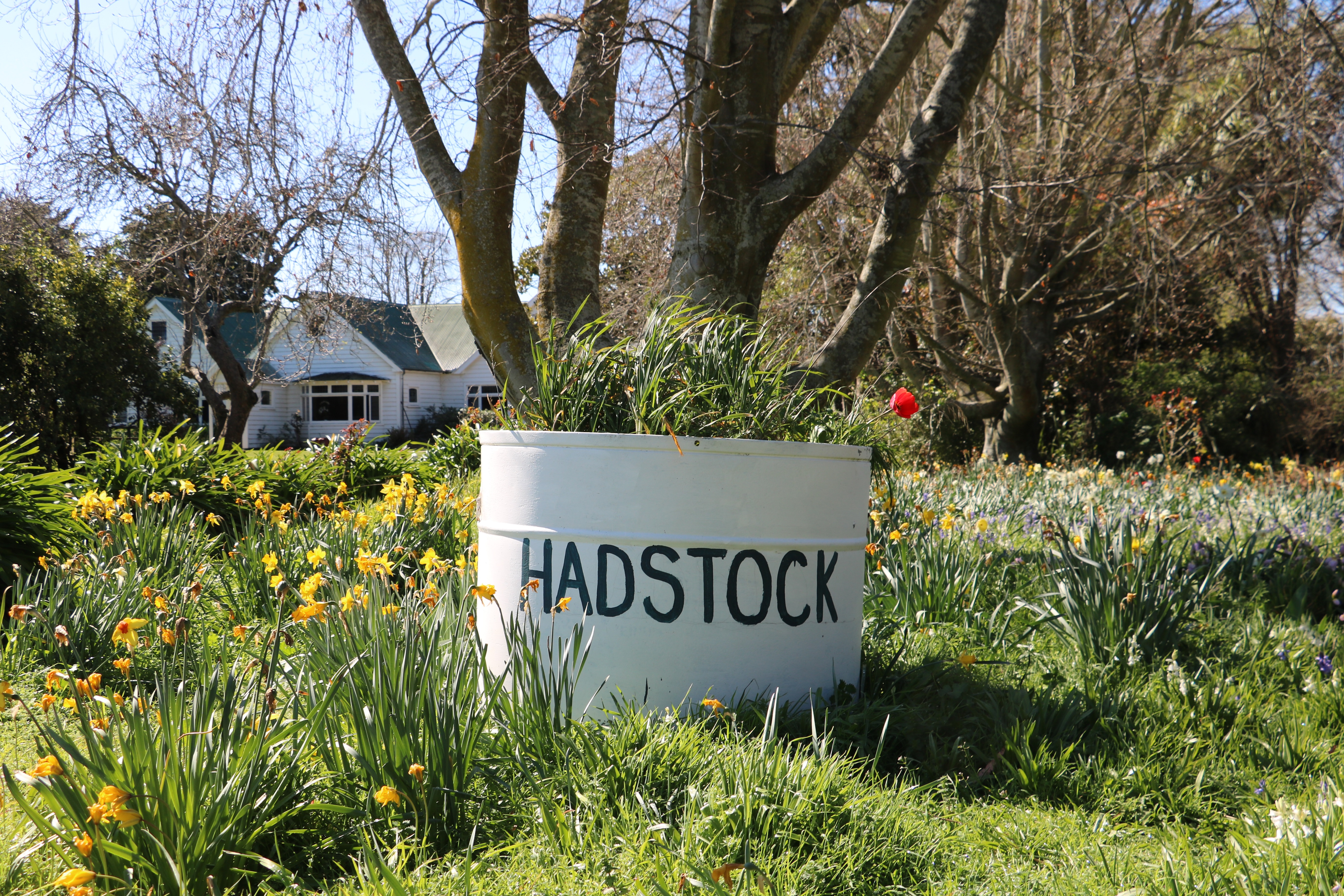 Along with her siblings, Courtney helps run Hadstock Farm’s website and all their online orders. During spring and summer, Courtney makes sure their 20 staff are picking good quality bunches before sending these flowers off to auctions in Auckland, Wellington and Christchurch as well as wholesalers throughout New Zealand.

The Chamberlain family are passionate about looking after their customers, some of whom have been with Hadstock for many years Courtney reveals.

“We’ve got a lot of loyal customers, people say they bought bulbs from my grandfather and they’re still doing well in their driveway and gardens now.”

Hadstock Farm is located outside of Springston, on the banks of the Selwyn River which is the best place for growing different flower varieties, Courtney says. 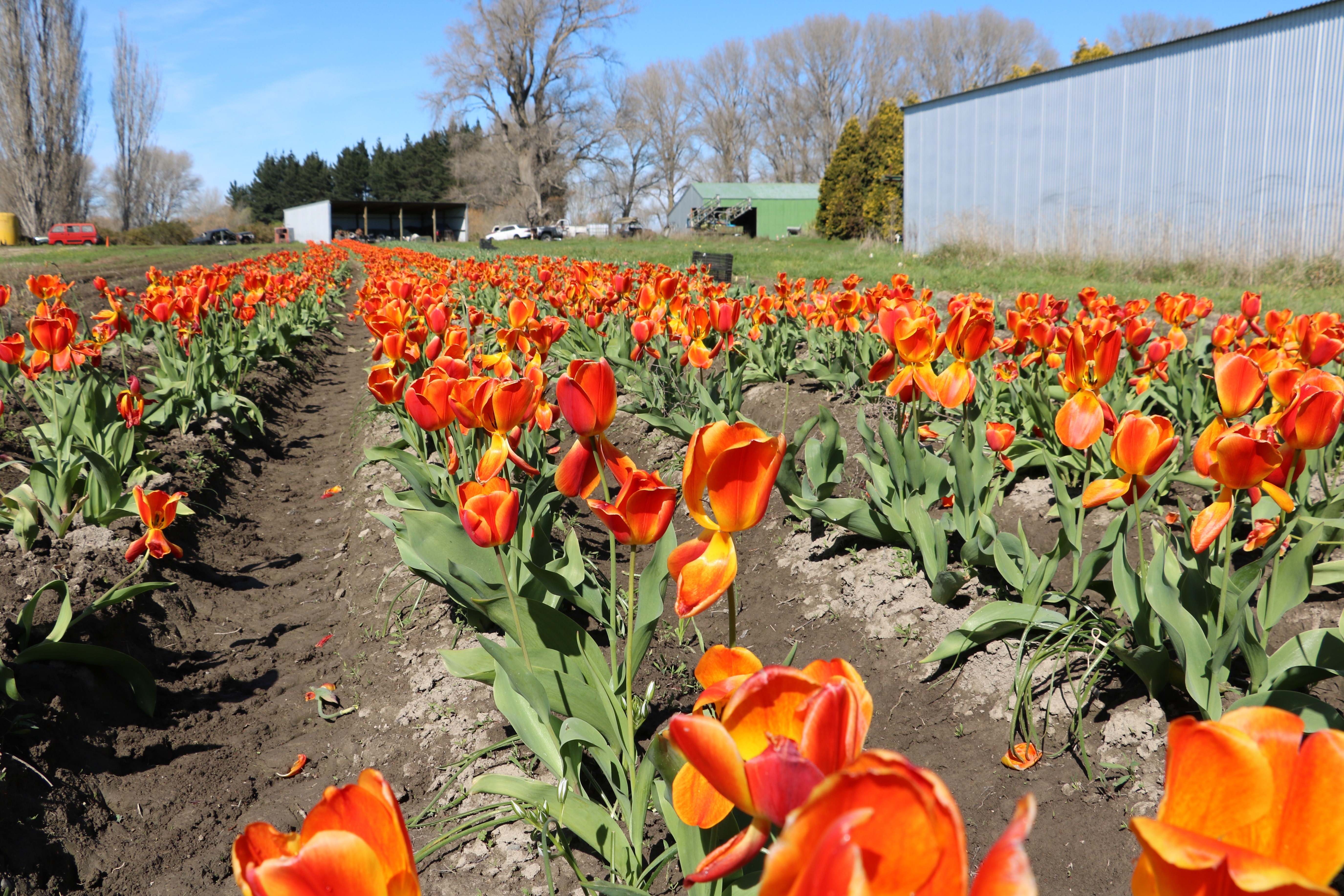 “Down south tulips do well in the cold, but where we are it’s about as far north as you want to be to grow tulips. Daffodils tend to do well up north whereas we are as far south as you want to be as a daffodil grower, so we’ve got the best of both worlds growing tulips and daffodils here.”

When asked whether the seeds will be sown for future generations at Hadstock, Courtney confirmed yes, they will.

“We definitely want to keep it in the family, we are all very passionate about what we do. Selwyn is a pretty awesome place to grow up, we all feel quite lucky. It’s fun working with family and it is quite a rewarding business. We see great potential for Hadstock Farm.”