The bliss of picking blueberries

For Wendy and Don Babe, it’s not just about selling their blueberries. It’s about opening their farm gates and seeing the community enjoy the ripest blueberries from over 2,000 blueberry bushes.

“They taste so much better when you’ve picked them off the bush. And it’s quite Zen really. If you’ve got somebody with you, it’s just a nice time to chat and the next thing you know, you have a container full of blueberries!” 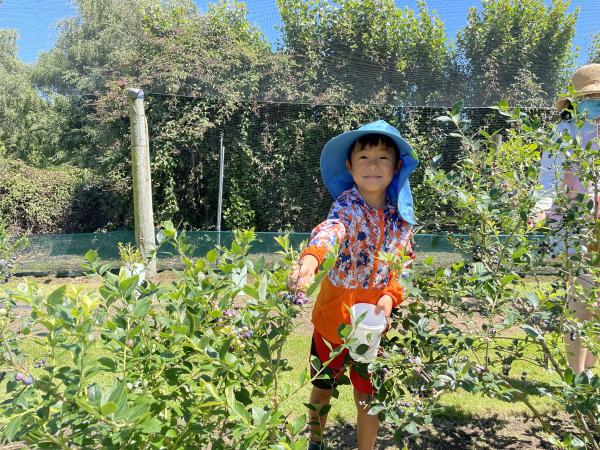 Wendy says families will spend a whole day out in Selwyn when they come blueberry picking. They will often have a picnic or grab coffee in Lincoln or Prebbleton.

For some families, blueberry picking at Blueberry Bliss has become a yearly tradition.

“People have been coming here for a long time. We have one family who came out here during the first year of picking. They had just emigrated from Poland and they’ve come every single year since. It’s a lovely yearly catch up.” 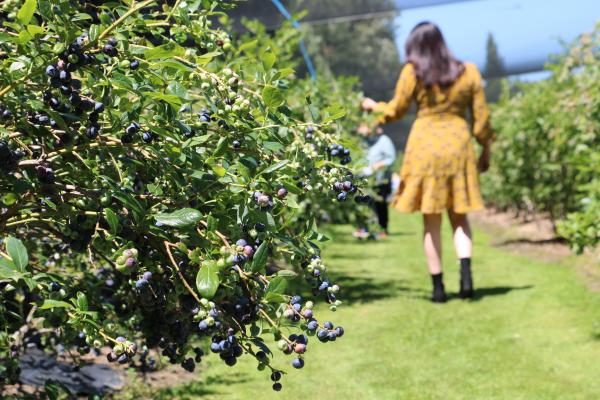 Don laughs remembering the first day he and Wendy bought the orchard, 28 August 1992, the day of “the Big Snow”.

Once the snow melted, Wendy and Don decided to continue growing the orchard, employing pickers for blueberry exports and eventually opening for pick your own in 1994.

Over the following summers, Wendy and Don decided to give their children a taste of managing the blueberry orchard, between finishing high school and starting university.

“Our first daughter had the pick your own going and she employed a lot of pickers and learnt about wages. She did well.”

Wendy says the second daughter decided to focus only on pick your own.

“We were a bit horrified, we thought we were going to lose so much money!”

But to their surprise, their second daughter Jess was extremely successful. She now owns Berries Direct in Weedons with her partner.

“It coincided with an upsurge of people being interested in farmers markets and knowing where their food came from. She made more money for a lot less effort and we’ve kept that model ever since,” says Wendy. 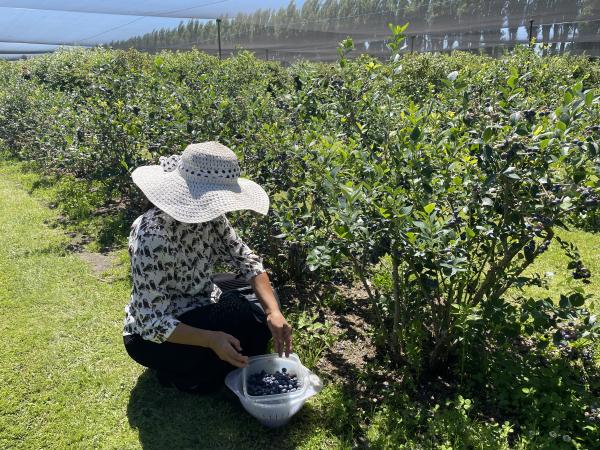 If customers end up picking too many blueberries to eat in one sitting, Wendy recommends freezing them.

“They are a really beautiful fruit for freezing. Kids love them frozen, you can just pull out a handful as you need them. Funnily enough, we don’t always get enough in the freezer for ourselves.”

When asked about her favourite recipe, Wendy says her current one is a chocolate blueberry mousse. A blend of avocados with cacao, maple syrup and a cup of blueberries making the perfect summer dessert!

Don and Wendy are passionate about the environment, making the switch from reusing plastic weed mats to biodegradable coir matting. They control weeds by hand, using an electric weed-eater and putting down mulch made from tree pruning and Selwyn’s Intelligro sawdust. 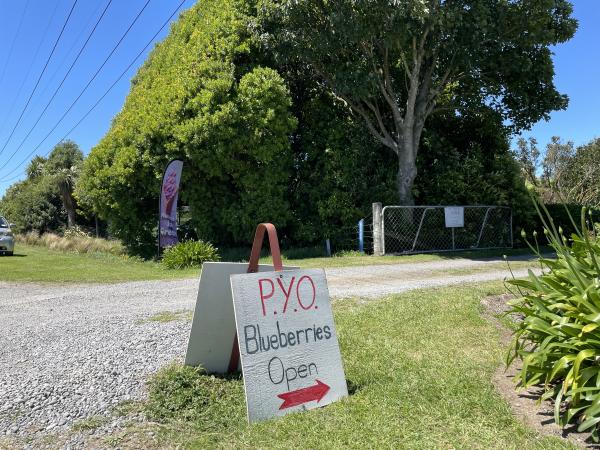 When they are not maintaining the orchard, you may find Don and Wendy biking the Little River Rail Trail.

Previously an old nineteenth century railway line, the rail trail runs for 45km one way between Hornby and Little River. Don is a part of the Little River Rail Trust who raised money to extend the rail way line from Motukarara to Hornby.

The pair cycle as much as they can and enjoy sharing their passion for this way of transport.

“It’s the best way you can get around,” says Don.

So hop on your bike, grab a reusable container and head down to Blueberry Bliss to get your blueberry fix this summer. Make sure you check their social media and website for opening times.

While you're at the farm picking, cool off with a real fruit ice cream! Don and Wendy's son Lawrence runs a trailer offering the freshest sweet treats.  Check out their social media for details. 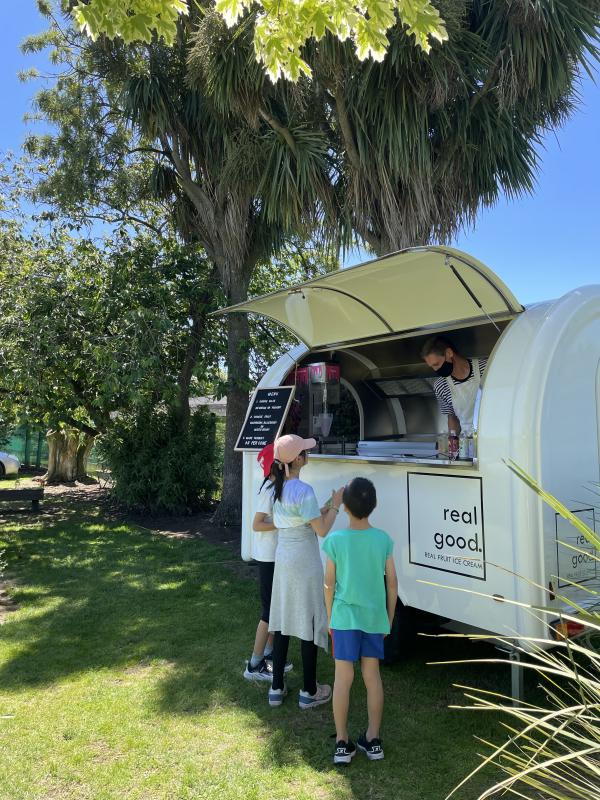