Want to blow away a cold? Try a delicious mousetrap; a toasted slice of bread with gooey melted cheese and… purewasabi paste!

Wasabi is generally served with fish or sushi, but Fenton Wood, owner of purewasabi by Coppersfolly, says not to knock this new combination until you try it.

“I think a mousetrap is the best thing you can have in winter if you’ve got a cold, a piece of toast and instead of marmite, you spread on some wasabi.” 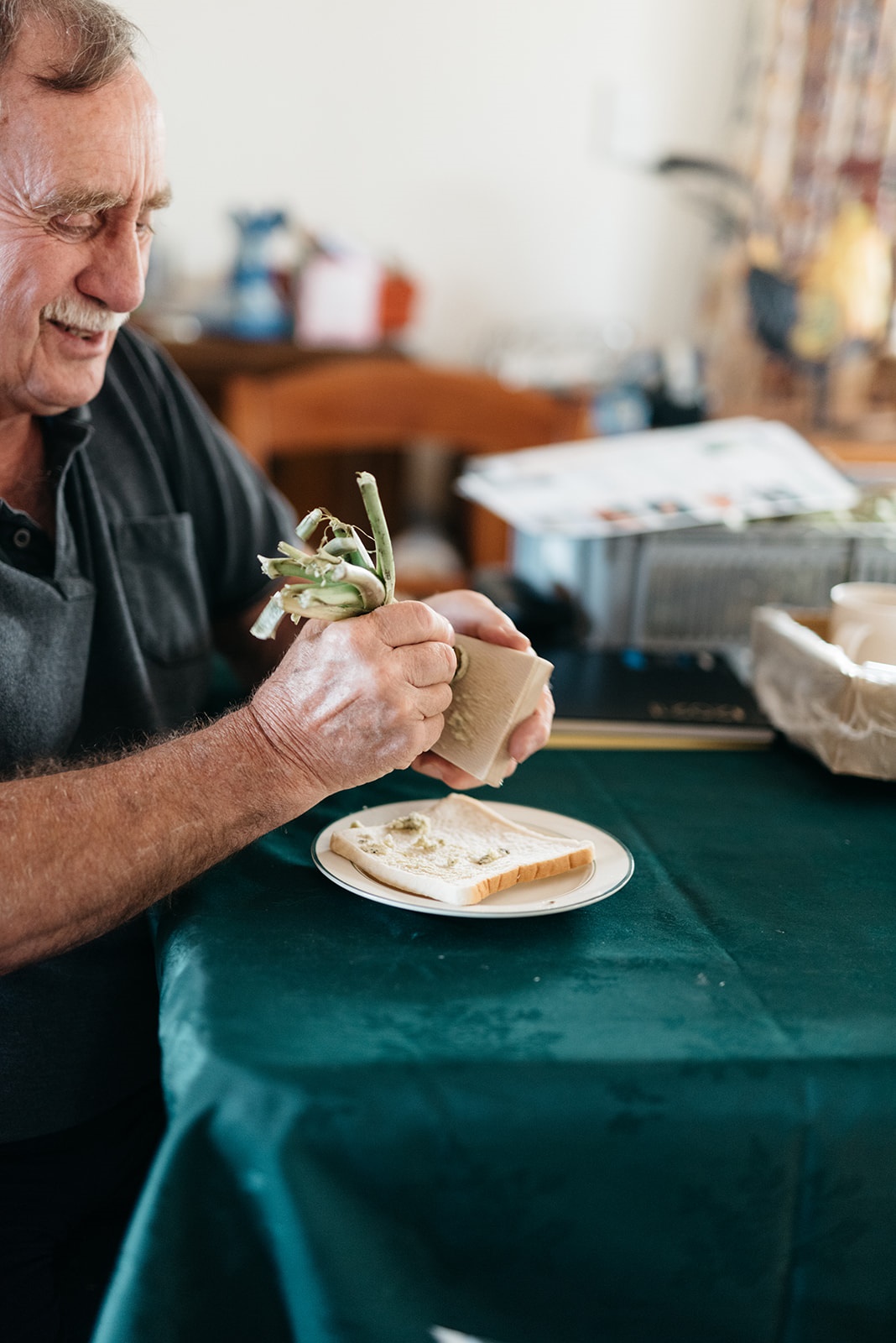 Fenton says he also likes his wasabi in a sandwich, or with homemade wasabi butter in a breadstick.

“You just slam a bit in there and it just gives it a bit of a kick.”

Fenton believes that purewasabi by Coppersfolly is the only place in the world that makes wasabi paste out of real wasabi, spray-free and freshly grown in Nelson, the West Coast and at his acre block on Ellesmere Road in Selwyn.

His paste is 100% wasabi, compared to wasabi paste bought from sushi places, containing a small percentage of freeze-dried powdered wasabi reconstituted with water and mixed with horseradish and other synthetic flavourings and colours, he says.

“The good thing about our paste is it’s actually made from real wasabi, so it’s not made from horseradish or artificial junk. The real thing has a nice, slightly sweet planty flavour to it - if you can call something that blows your head off sweet!”

According to Fenton, he uses a secret recipe to make his paste, adding a dash of grapeseed oil and a sprinkle of lemon juice to the wasabi.

When pushed, he laughs and says he can’t reveal the secret to anyone.

By experimenting with wasabi in 2003, Fenton came up with his secret recipe.

A retired policeman, Fenton wanted to do something fun in his retirement and earn a little income from his 25 acres of land.

“I realised the police pension wasn’t that good – or something like that,” he laughs.

“I’m not the sort of person… if you lock me in a retirement home and my only thrill for the weeks is going to bowls, I’d just go nuts. Even in my police career, I was looking for something I can fix or a problem to solve –that was always kind of fun.”

So Fenton set his heart on a new challenge – growing wasabi. Originally growing in high alpine streams in Japan, wasabi can only grow well under a shade cloth, in temperatures below 20 degrees.

“It grows quite well here, but you’ve got to be careful if you’re going to get a hot day, because you’ve got to get out there and mist-spray it, and have it under shade.” 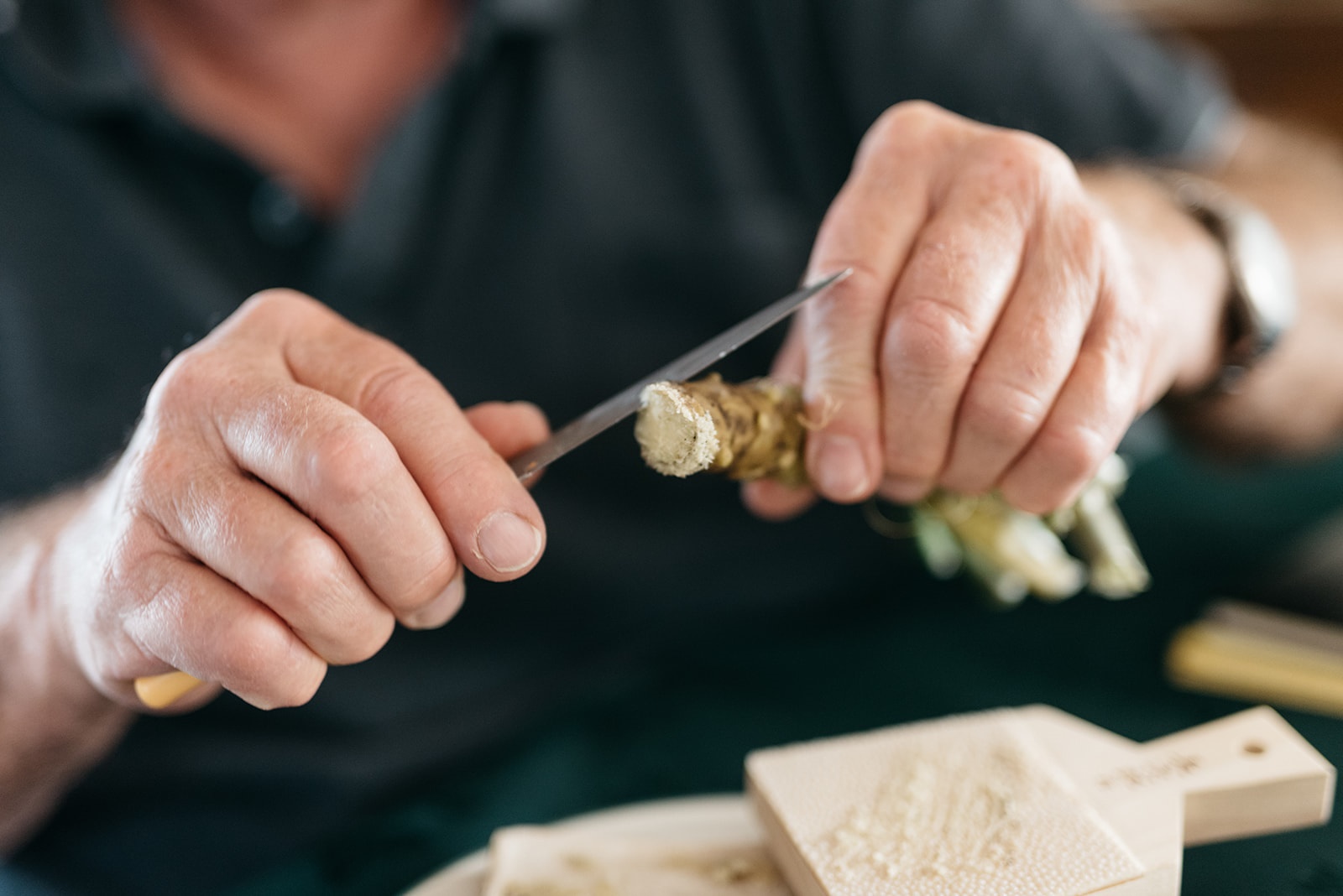 “When I made the paste to begin with, the guy at the University says ‘there’s lots of paste out there, there’s nothing new or unique about it,’ and I said ‘well you try it,’. Then I told him how I did it and he said, ‘I’ve never seen it done like that before!’"

Despite his madness to grow this plant, or as he calls it his “police cop-per’s folly”, he continues to grow wasabi in Selwyn and makes a very successful paste, sold in a recyclable glass jar online at purewasabi.co.nz, at The Lincoln Pantry and Healthy Harvest. 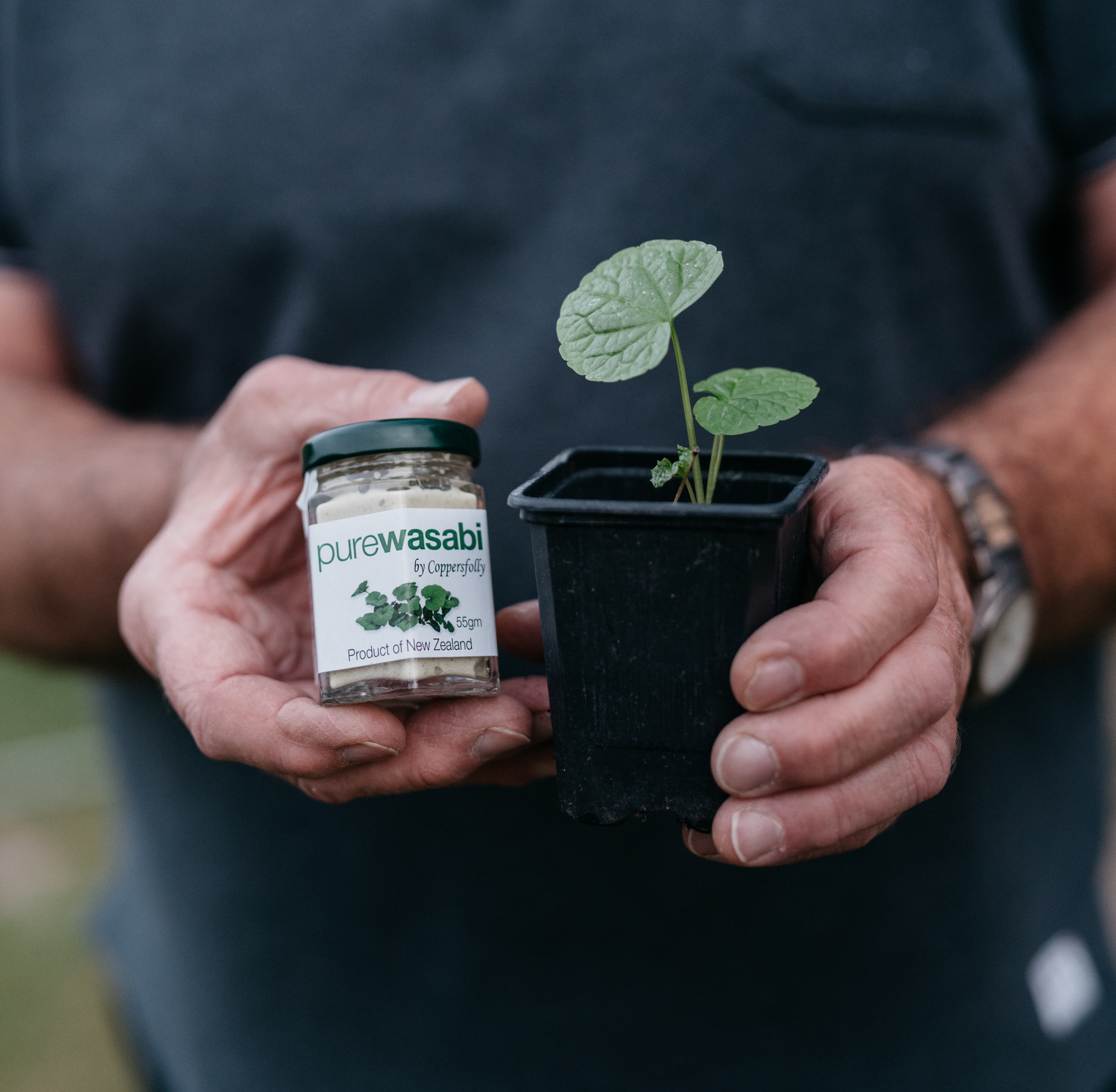 “It’s very popular, which is amazing and I don’t know why, ” he jokes.

“When I’ve had the collywobbles a couple of times, I think, ‘oh I’ve eaten the wrong thing here’, I have a teaspoon of wasabi and it’s gone by the morning.”

Fenton says Air New Zealand have even asked him for single serves on the plane to stop thrombosis, but unfortunately wasabi is a two year crop and his biggest problem is supplying enough for huge demands.

He enjoys getting lots of visits from chefs and people wanting to try the paste, inviting them over for dinner.

“It’s kind of nice to be able to entertain some people and talk about something that you’re interested in. It gets me seeing people I wouldn’t otherwise see.”

When asked about his future plans, Fenton says he teases his kids by telling them he’s going to sell the wasabi business and buy a gyrocopter.

“The kids think I’m nuts,” he says laughing, “I reckon that it would be enormous fun and Selwyn would really benefit from that.”

Fenton says he thinks he will try it - it might be another Coppersfolly!