Keeping the name, changing the farm and creating a baaa of soap

Heather McMillan used to walk out of her back door in Upper Hutt to be surrounded by two and half acres of bush and the sound of native New Zealand birdlife. Now stepping out into her backyard of 35 hectares in Selwyn, she is greeted by Becky the dog and over 300 sheep. 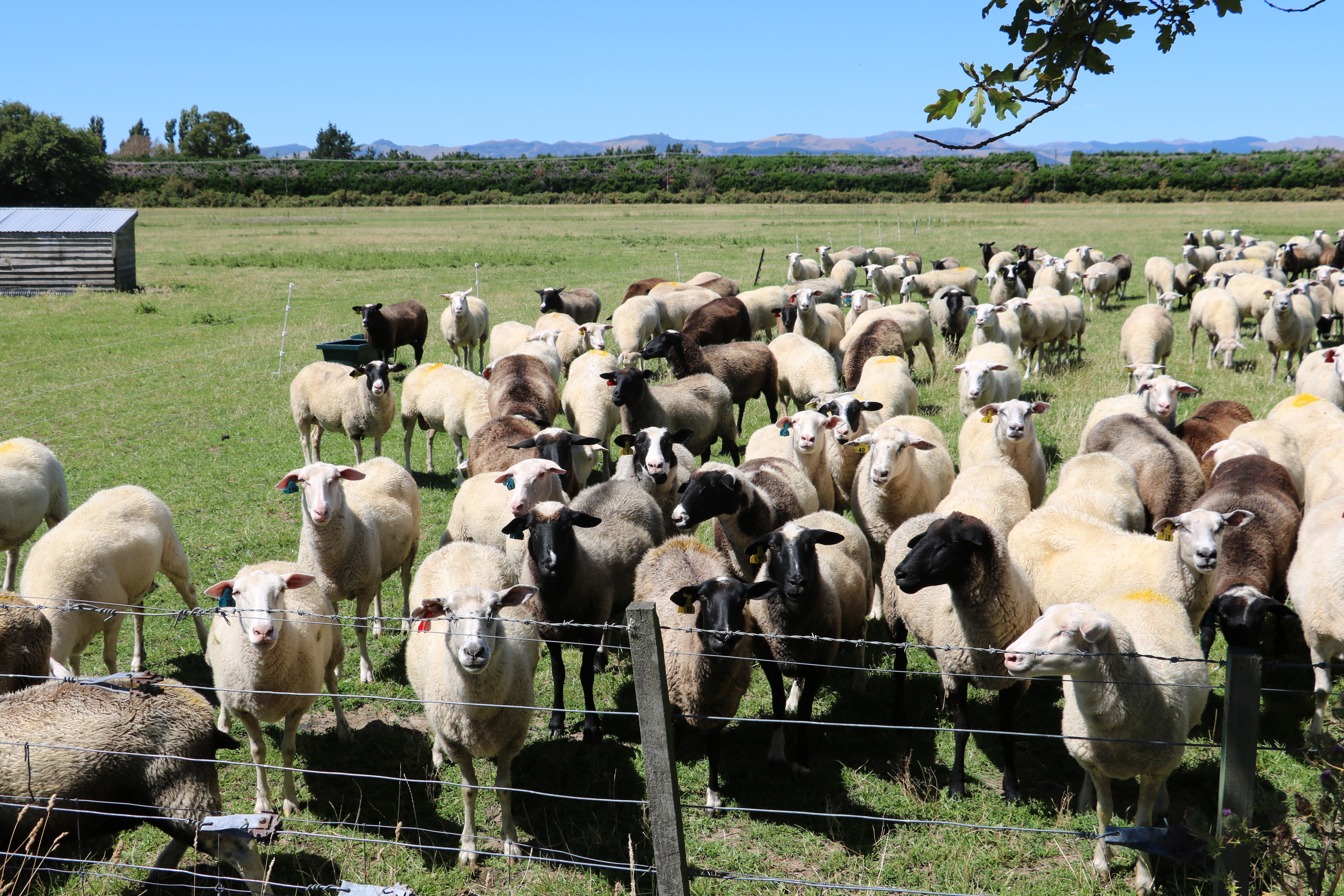 “To begin with I was actually scared of the sheep,” Heather recalls laughing.

“When we first moved here, I really didn’t know what to do and spent the first six months grubbing thistles and chopping weeds. I had to push myself go in the paddock with the sheep.”

Although Rod had some farming experience it was all new to Heather and their daughter Katrina. Rod had the advantage of a BAgSci under his belt while Heather did a Certificate in Sheep Knowledge through Telford prior to moving South. Then it was time to see what it was all about. 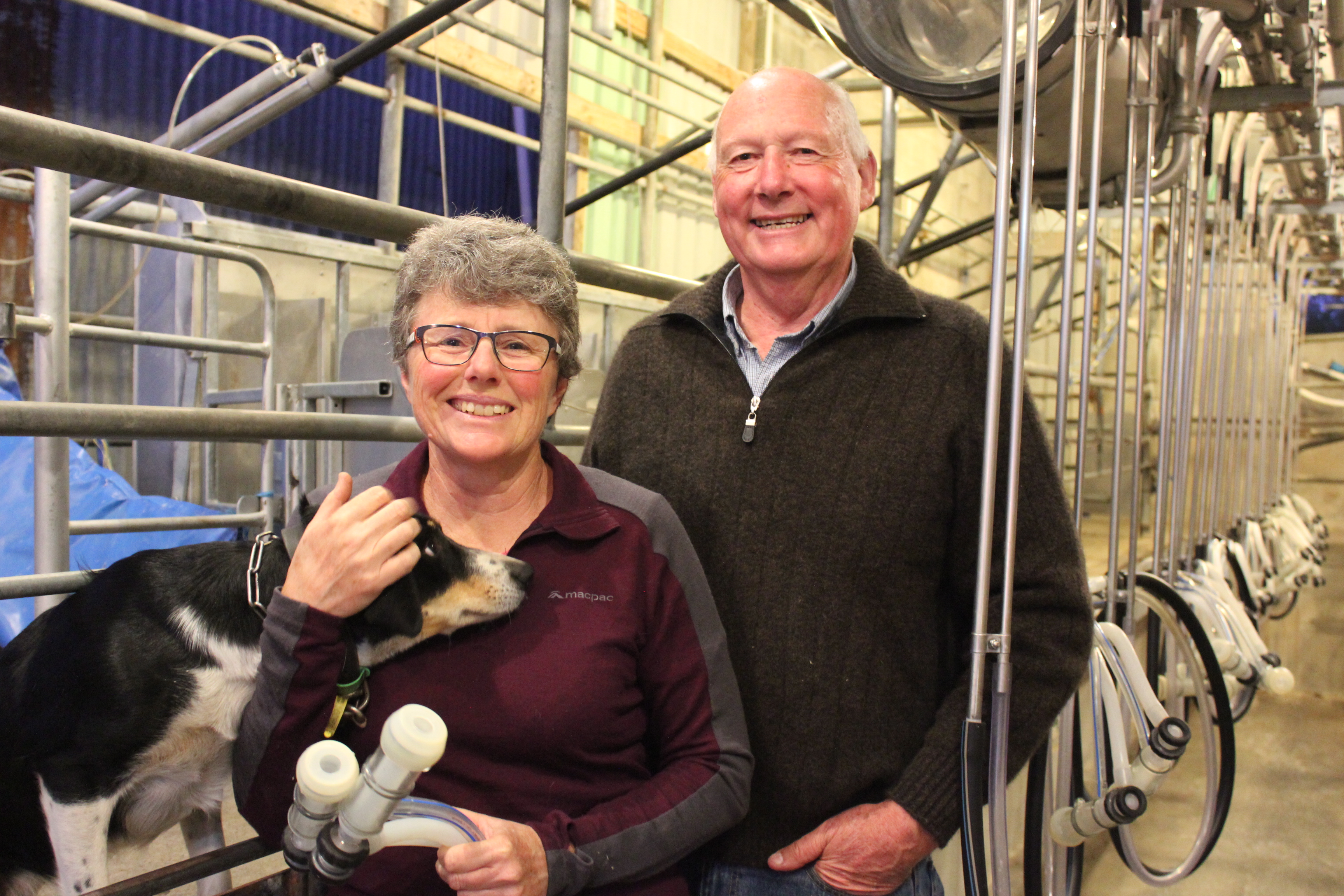 Heather says she enjoys change - working on a dairy farm after six years of working in libraries was something different for her to revel in.

“I know a lot of people don’t like change. You say to people sheep milk and they go ewww I can’t drink that, which is fair enough, but you don’t know until you try it! It’s smooth and creamy, easy on the stomach and makes the best smoothies.”

After attending a sheep dairy conference at Massey University, they were fifth in a purchase offer for a flock of 48 East Friesian sheep.

A few months later their offer was accepted and the sheep stayed at Katrina’s friend’s parents’ land in Invercargill for about 18 months. After searching all over the country, the McMillan’s sold their Upper Hutt home and moved South.

They had bought Lonsdale farm which was one of the first dairy farms in Springston, owned by early district settler James Beaumont in 1860s. They kept the name Londsdale and proceeded to sheep proof the paddocks and convert the dairy shed from cow to sheep milking. 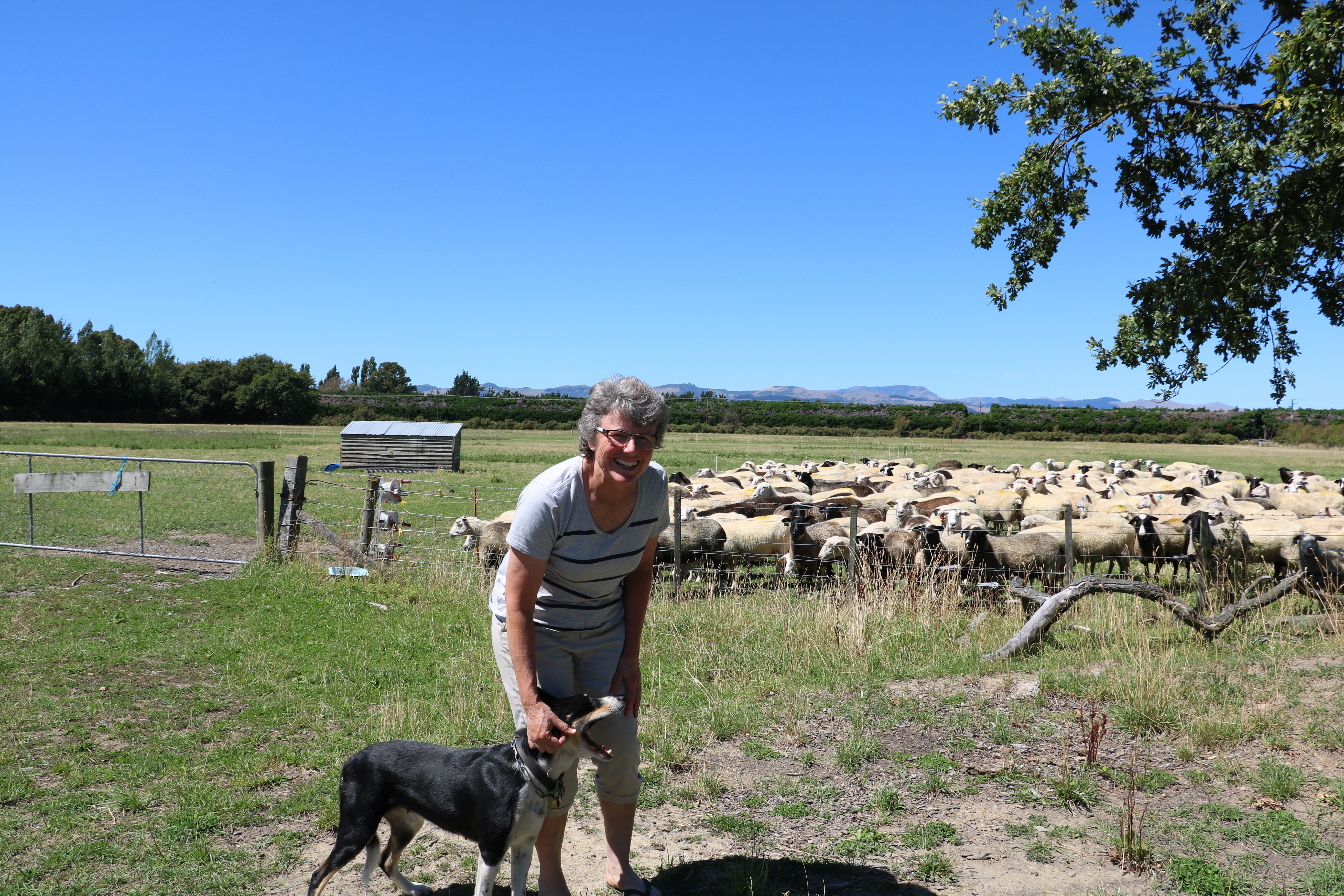 The McMillan’s flock of sheep are pasture-based as the food the sheep eats impacts on the quality and flavour of the milk.

“Our farming system allows us to produce a rich milk high in nutrients that our customers produce award winning cheeses from. It makes us very proud to see those gold and silver medals coming through. The high fat content is also what gives our soap it’s extra moisturising benefits. And of course we love to see the sheep enjoying life in the paddock.”

“Mind you – “ Heather confessed, “on really horrible wet winters’ nights we have been known to bring the animals into the shelter of the sheds. We’re pretty soft on the girls!”

One winter’s night last year, the sheep had just been shorn and put away in a sheltered paddock. At 2:30am Heather woke up to the sound of howling winds and pouring rain and said to Rodney, “We need to move the sheep.” They ventured out of their warm beds into the cold weather with head torches, bringing 300 sheep into the sheds.

“It was well worth it, we didn’t lose any sheep to hypothermia. The great thing with milking sheep is you call or rattle a nut bucket and they come running!”

Heather is passionate about the welfare of her sheep. Not only will she save them from winter storms, but she lets the lambs feed on their mothers for six weeks, allowing the lambs to grow out.

“I don’t want to be pulling the lambs off the mum, I really enjoy the bond between the ewe and the lambs.”

The lambs then get sold to other farms and the ewes get milked once a day, November until the end of February, following the animals’ natural cycle. 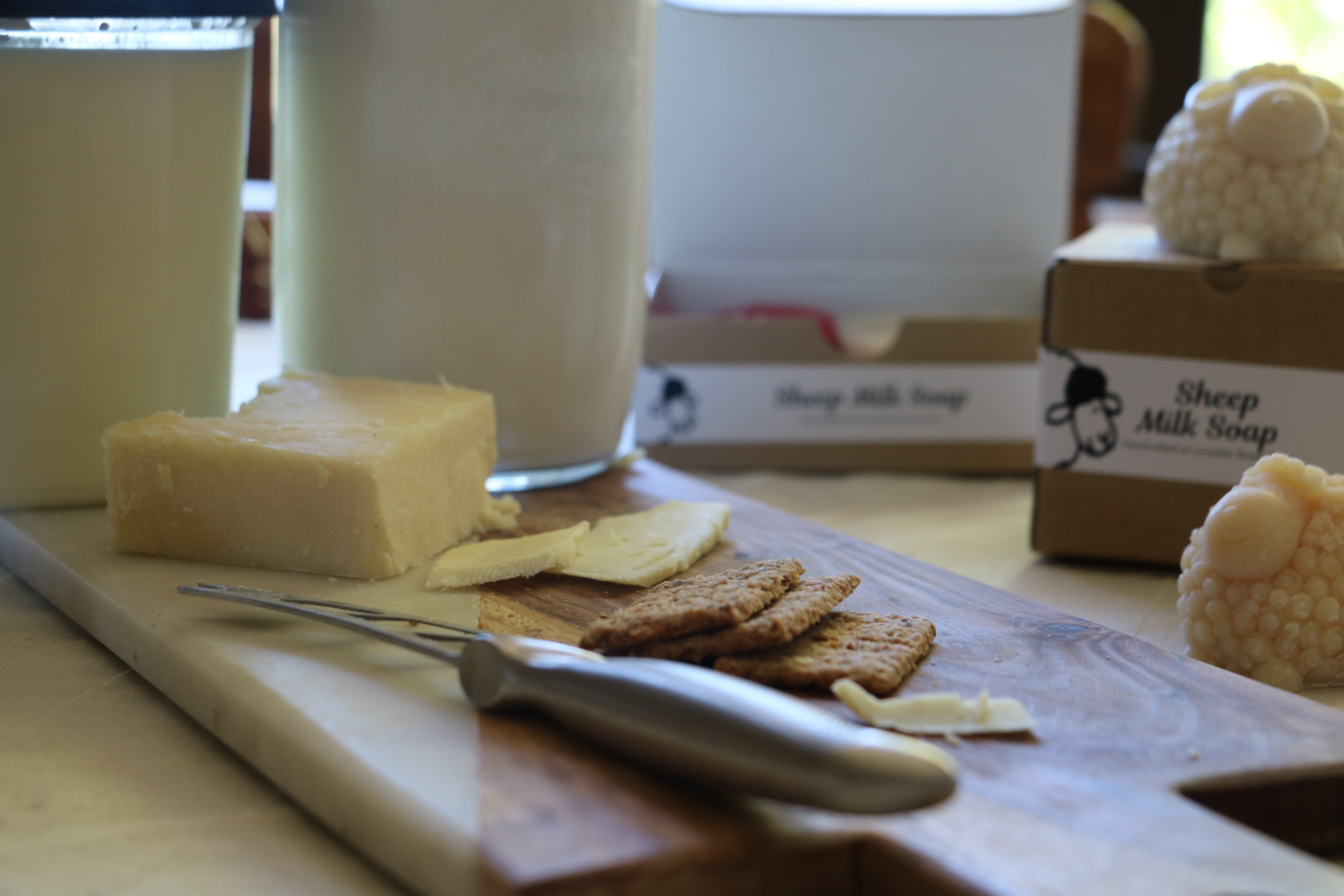 The milk, combined with two other sheep farms’ milk, gets sold to cheese factories. Plus the group are currently building a yoghurt factory and will be supplying supermarkets, markets and restaurants with product in the near future.

Starting as a fun hobby, Heather used left over milk to make soap.

“I always wanted to give it a go, it’s really lovely soap. I started giving it to friends and they were asking where to buy it. We ended up making so much that we needed to be selling it!” 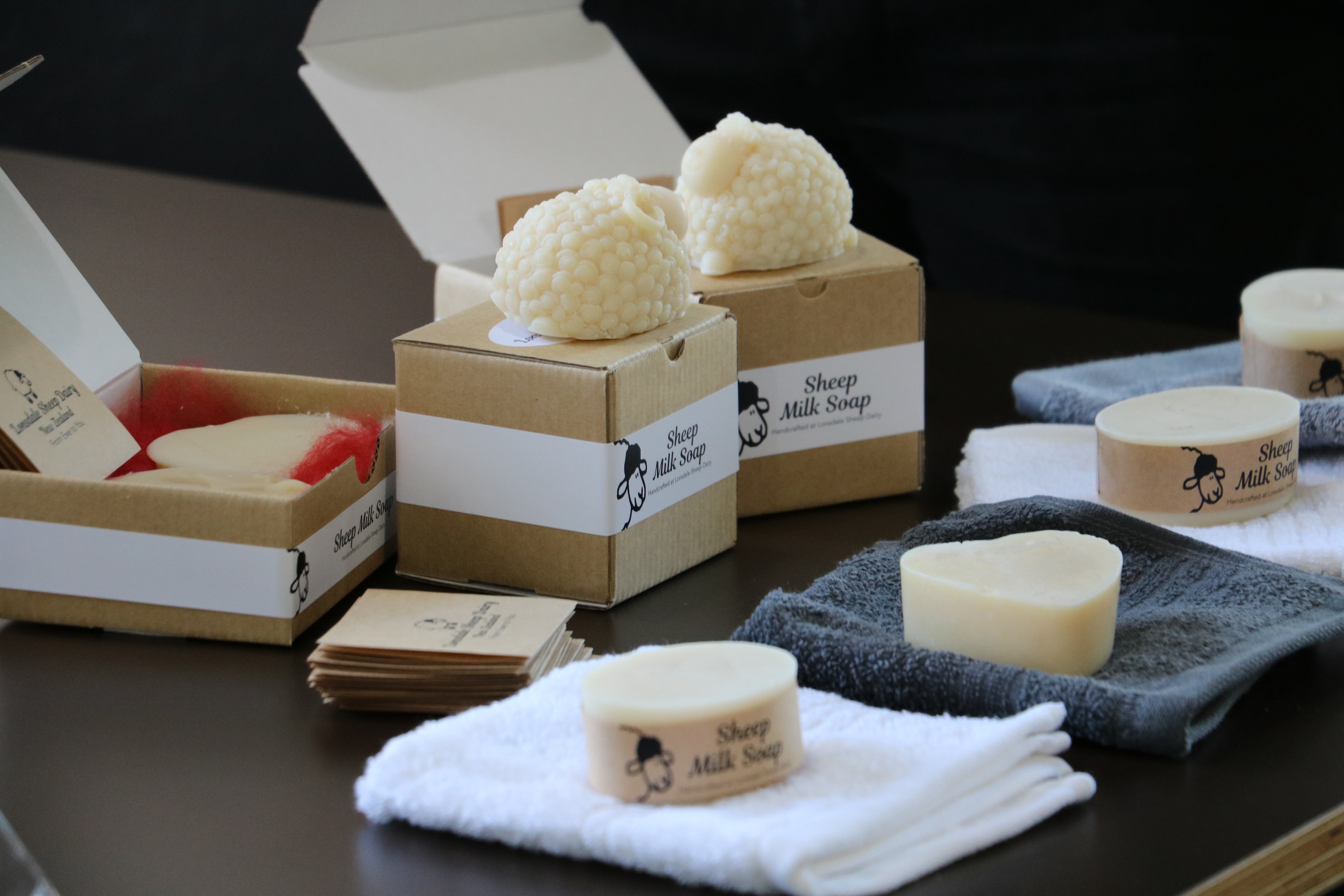 Katrina is the chief soap maker while Heather is in charge of the selling.

“It’s great having Katrina here, she is also our social media expert and a natural with a camera. She gets some amazing photos of the sheep which she shares through our website, Facebook and Instagram accounts.”

The soap is sold at retail outlets, some markets and an online shop and sold out over Christmas last year.

“It’s been very popular, people tell us that it leaves their skin really soft and moisturised.”

The soap is packaged in recycled cardboard boxes, saving plastic from going to landfill. Along with following regenerative farming principles, it’s a part of Lonsdale’s environmentally friendly approach to farming.

As an attempt to attract more native birds, the McMillan’s are slowly adding native plants to their property.

“I miss the birdsong we had in Upper Hutt,” Heather said. “There it was not unusual to have twenty tui in the kowhai tree in spring. Here I get excited when I hear our one and only bellbird. Our fantail population is growing and we have other native birds on the property, but it’s the song of the bellbird and tui I miss the most. It will take time, but small steps get you to the top of the mountain.”