On a clear day, Sharon and Andy Howard wake up in their Sheffield home to the view of snowcapped mountains stretched out across the edge of the Canterbury Plains.

Most of their customers will be familiar with this view as it gets stamped across their Shandy’s products.

Sharon and Andy are self-sufficient, making the most of what is growing around them in their 15 hectare property. They freeze vegetables to preserve them for winter months and make elderflower wine and cordial from elderflower trees growing in their backyard.

They started making homemade sauces and relishes from plums picked from the side of the road and tomatoes from their tunnel houses. 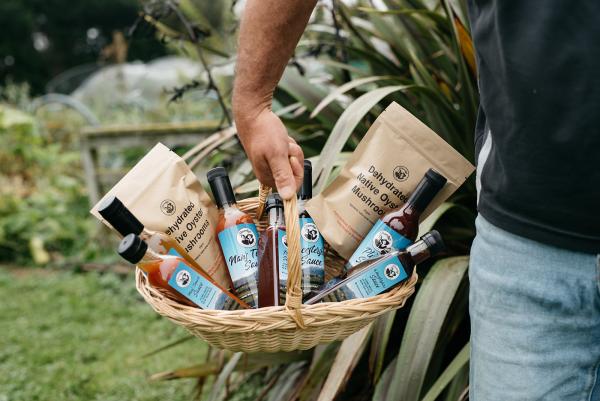 Shandy’s: a blend of the pair’s names, started in 2020 as a brainchild during the first Covid lockdown.

At the time, these two former dairy farmers continued to rear calves as a side hustle, but struggled to sell calves during lockdown due to the affected markets.

“We were buying food for calves we couldn’t sell and we took a massive hit from that. So through winter we were kind of like, right we have to push ourselves onto another business.”

“I thought, oh this is interesting, because I love to grow things. So I read it all through and then by about 4’oclock in the morning I signed up and was like, let’s do this!”

Spring came around and between rearing 600 calves and trying to grow oyster mushrooms, the pair decided to start going to markets and see what niche product they could put out into the world. 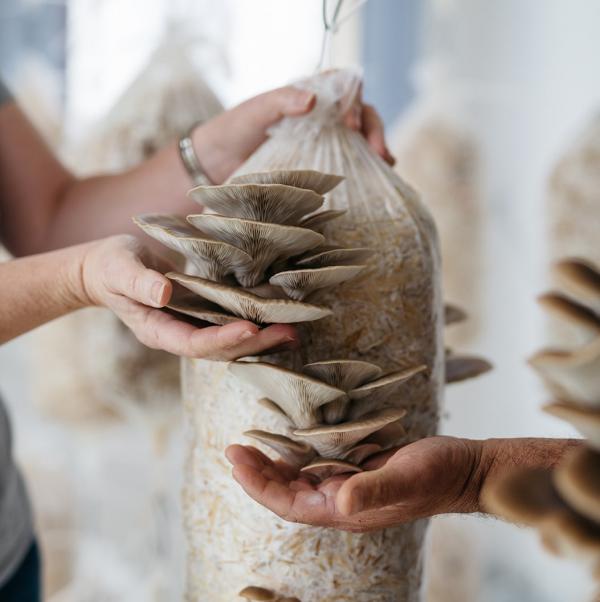 There were too many relishes on the market, so they decided to market their homemade sauces, featuring a special tomato sauce recipe passed down from Andy’s grandmother.

“It’s great to carry on and honour her legacy,” says Andy.

Looking at each other, they smile, and reveal they were blown away with the response from their first market, selling 35 bottles.

Within their first year they sold over a thousand big bottles of sauce, and seven hundred small bottles.

You will also find their products being used at Fable Terrace Downs Resort and Springfield Hotel.

“Once people try our products, about 75% of them buy them.”

“A builder came here when we were redoing the workshop and we let him try some tomato sauce. We gave him a bottle of it and he said ‘oh my gosh, I could’ve drunk that, actually I have, can I have some more?’” Sharon recalls laughing. 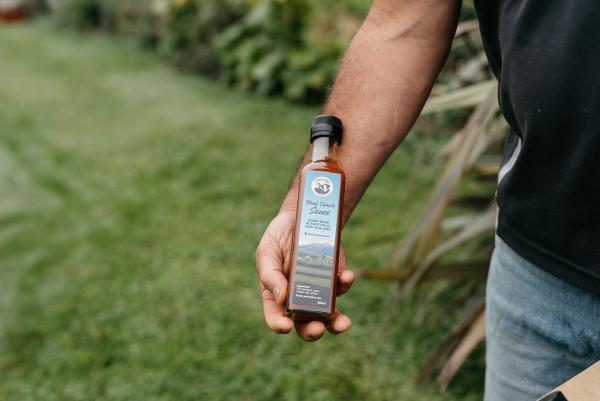 “It’s great that we can pass on our products to other people. They’re not expensive, people say you can sell them dearer, but I’d rather people have them and experience them and come back for more,” says Andy.

The pair also sell elderflower cordial and recently added dehydrated mushrooms, pate and pesto made from their mushrooms. Sharon says she can’t decide which her favourite product is.

“We love and use them all, it’s like choosing a favourite child!”

She says their products are versatile, gluten free, vegan (except for the non-vegan pate) and the mushrooms are great for bulking meals and using as a meat substitute.

“We take a whole mushroom and crumb it, add turmeric and paprika and a bit of chicken stock and then either fry it or oven roast it. They are delicious, you wouldn’t even know it’s a mushroom. You can put them in anything, omelettes, stir fries, stews and pies.”

After leaving behind their hectic lifestyle as dairy farmers in 2014, Sharon and Andy added a sign at the front of their gate with a new motto they try and live by.

“Hakuna Matata. It’s Swahili for no worries, so that’s why we’re like, we’re going to have no worries from now on. Food is not a worry and we eat like kings, because we grow everything ourselves.” 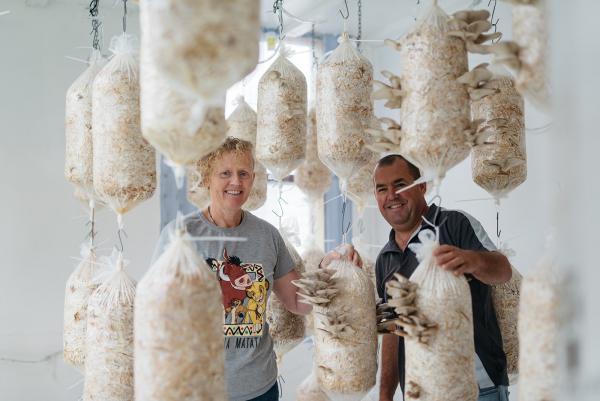