Barry Hantz is the third generation to run the bee-keeping business on the family farm. “When I left school, I did an apprenticeship as a mechanic and worked in that field for seven years. Then the opportunity arose to come back. When you get a bit older, you think ‘I’ll give it a go’.” 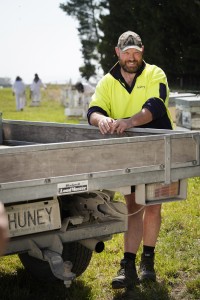 Les and Maisie Hantz started with “hobby hives” to supplement farm wages on their land near Leeston in the 1940’s. After a 7-year apprenticeship with Tom Penrose, Les began Lakeside Apiaries. Production of honey increased to “36 tons from 600 hives” in the ‘fifties. Their two sons, Geoff and Warren, became apiarists in their turn, helped by their parents. When Les died, the two brothers split the business amicably and continued with 1500 hives each.

When Barry came on board in 2001, he was conscious about protecting the investment the family has made into Hantz Honey. “I’m keeping the family business going. I’ve got young kids who will hopefully take it on one day.”

He had to do some fine-tuning on the direction of the business but knew that the local region was important. “Selwyn is where I’ve been born and bred, and the business is Selwyn-wide. We’ve got a good rapport with the farmers,” Barry said.

The growing demand for pollination services around the region has been a great opportunity. This involves transporting hives to different areas in Ellesmere and mid-Canterbury. Bees in these areas play a major role in the production of apples, blackcurrants, clover seed and of late, carrot and radish seed. “About 70% of carrot seed is grown in the Canterbury area. That’s been a huge thing for our business in the last 15 years. It’s high risk, high return,” Barry said. 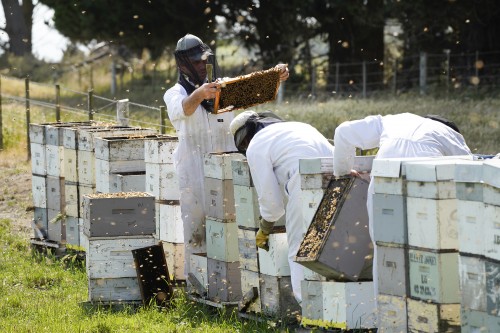